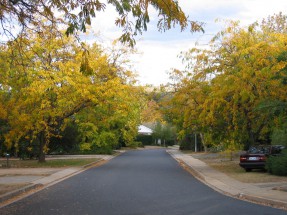 A new guide to growing and maintaining tree populations in urban areas has been launched.

It is an initiative of the City of Melbourne, the Victorian Government, and the 202020 Vision — a national campaign to increase urban green space in Australia by 20 per cent  by 2020.

202020 Vision is funded and maintained by industry groups Horticulture Australia the Nursery and Garden Industry Australia.

Chair of the City of Melbourne’s Environment Portfolio, Arron Wood, said How to Grow an Urban Forest is a ten step guide to developing and maintaining urban tree populations.

“The guide provides a vital resource for urban councils across Australia,” Mr Wood said. “It will help them strategically plan for and develop healthy urban forests to create liveable and climate resilient cities and towns.”

He said the guide was inspired by the City of Melbourne’s Urban Forest Strategy, which aims to increase canopy cover in the city from 22 per cent to 40 per cent by 2040.

“We’re planting 3000 trees in Melbourne every year to increase the resilience of the urban forest and cool our city by four degrees Celsius. We’re proud to share our knowledge and help increase shade and greenery in towns and cities across Australia,” said Mr Wood.

The guide includes case studies from cities that have successfully implemented urban forest strategies such as the City of Melbourne, the City of Adelaide, the City of Port Phillip, and Christchurch City Council.

It was launched at Melbourne Town Hall during an Urban Forest Master Class that included representatives from more than 50 local government areas and statutory authorities from around Australia. The attendees included more than 200 land managers, policy officers, planners, and arborists.

The Victorian Government provided $16,500 to hold the session. Executive Director, Water and Catchments at the Victorian Department of Environment, Land, Water and Planning, Scott Hamilton, said it was increasingly important to support measures that combat climate change and improve liveability.

“Melbourne’s population is predicted to increase rapidly in the coming decades. As the population grows, so too will the importance of urban greening in supporting liveable, sustainable and inclusive communities,” Mr Hamilton said.

The report explains that urban forestry, as distinct from arboriculture and horticulture, considers the cumulative benefits of an entire tree population, as well as other urban greenery across a town or city.

“An urban forest comprises all trees and other vegetation within the municipality and the soil and water that supports it. It incorporates vegetation in streets, parks, gardens, plazas, campuses, river and creek embankments, wetlands, railway corridors, community gardens, balconies and roofs.”

“We also encourage councils to consider vegetation on roofs, walls and facades as an important component of an urban forest, and incorporate these elements into thinking when it comes to designing an urban forest strategy to avoid the need for this to be a stand-alone document.

“The practice of urban forestry can be described as the science and art of managing trees, forests and natural ecosystems in and around urban communities to maximise the physiological, sociological, economic and aesthetic benefits that trees provide society, as well as habitat and biodiversity provisions.”