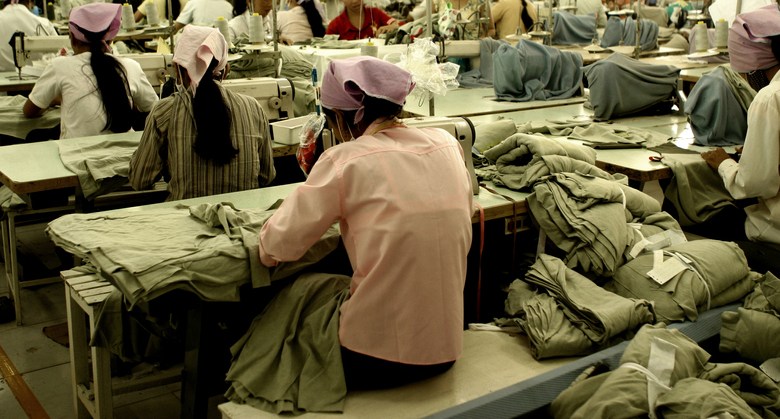 A UN delegation has praised Australia’s anti-slavery laws, saying the legislation could position the nation as a world leader.

Australia last December became the second country in the world to enact anti-slavery laws, which from June 2020 will require companies with a revenue of $100 million to report annually on what they are doing to reduce the risk of modern slavery in supply chains.

Speaking exclusively to Government News on Wednesday during a visit to Sydney as part of an Asia-Pacific consultation process, Fiona Reynolds, chair of the UN Financial Sector Commission on Modern Slavery and Human Trafficking, said Australia’s legislation puts it at the forefront of the global fight against modern slavery.

“Australia is, I think, leading ahead, learning from others and taking a leading stance. They should be applauded for that,” she said.

“Having the Modern Slavery Act in place in Australia will mean that investors, companies are starting to report.

“That should shine some more transparency and mean there can be more information out there, and that can only be a good thing.”

Fellow commissioner James Cockayne, director of the UN University Centre for Policy Research, warned there was a need for “deft political footwork” in trade relations given potential diplomatic challenges for Australia in the Asia Pacific region.

The UN delegation spoke to Government News after meeting with industry executives and public sector representatives from Australia and the Indo-Pacific region on Wednesday.

Professor Anita Ramasastry, of the University of Washington Law School of Law, who sits on the UN Working Group on Business and Human Rights, said Australia’s growing migrant population is particularly vulnerable, especially those in the agricultural and financial services sectors.

“The Modern Slavery Act in Australia won’t solve all of our problems, we also have to look at labour laws, migrants that come in on different visa arrangements, and labour hire plans,” she said.

A number of stakeholders at Wednesday’s meeting raised concern about the lack of data available to investors around slavery risks – with many unsure of how to verify supply chains, according to Commissioner Reynolds.

“It’s difficult to get data around issues that are illegal because people don’t tend to report themselves doing things illegal,” she said.

Mark Eckstein, Director of Environmental and Social Responsibility for CDC Group, the UK’s Development Finance Institution, said many investors find it hard to identify risks at the lower and  “more informal, less regulated, slightly sketchy” levels of the supply chain.

Social auditing, along with the use of technologies like AI are increasingly powerful means of identifying risks in supply chains, Commissioner Eckstein said.

“Part of what we’re talking about over the coming days is the way we can look at technology and different sorts of software and algorithms which allow workers in the further reaches of the supply chain to have agency and a voice,” he said.

While Australia’s anti-slavery laws set a global benchmark, the ultimate success of the legislation depends on its roll-out following the May 18 federal election, the Commissioners said.

“Some people in the Department of Home Affairs will have to field a lot of enquiries from business in the next few years, so obviously resourcing is going to be an important issue,” he told Government News.

Commissioner Eckstein added it is “essential” that the public sector lead by example when it comes to improving internal procurement policies to root out slavery.

Commissioner Cockayne said Australia would have to tread carefully on diplomatic relationships with international trade partners.

“Frankly the government will have regulatory arbitrage issues if concerns emerge that the requirements in Australia are bad for business,” he said.

“It’s really important that whoever is the new Prime Minister, his or her foreign minister continue to engage internationally on the issue with the kind of leadership we’ve been seeing despite the possibility for some complexity there.”

Foreign Minister and Commission co-convenor Marise Payne said it was important for Australia to work with other governments in the region.

“With the Indo-Pacific region facing higher rates of modern slavery than any other, it is important for us to consider how governments and the financial sector throughout the region can work together to reduce risks to people,” she said.

The Commission’s Sydney consultation ends on Saturday 13 April and the delegation heads to the Netherlands in June, ahead of the release of a roadmap in September.

Over 40 million people were believed to be involved in modern slavery in 2016.