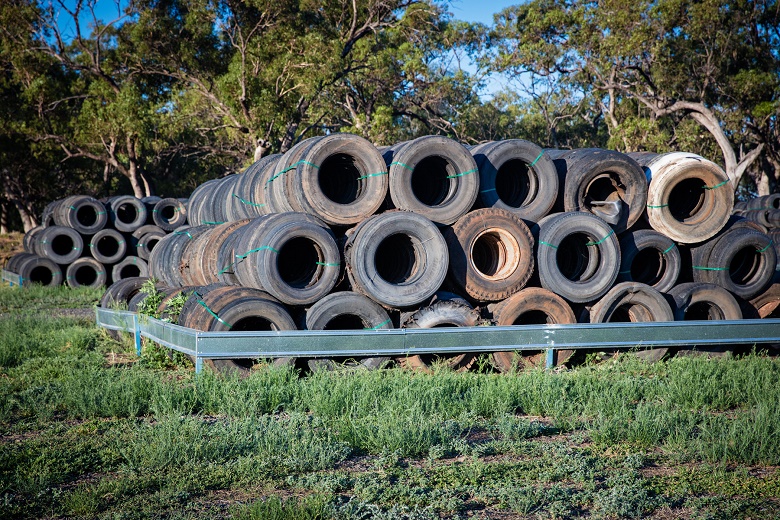 One and a half billion end-of-life tyres are produced around the world each year.

An Australian start-up that has been recycling tyres as oil, carbon and steel has been nominated for an international award along with its New Zealand partner.

Green Distillation Technologies (GDT) and NZ-based CarbonScape are up for the Environmental Achievement of the Year award at the Tire Technology International Awards in Germany in February.

Chief Operating Officer Trevor Bayley says the byproducts are created by ‘baking’ the tyres in an airless chamber.

The heat sparks a chemical reaction which turns the tyres into vapour, which is extracted and condensed into a stable oil.

“It’s like baking a cake. You put a whole bunch of organic material into a pot, you stick it in a heating chamber, and as you warm it up, you get all these vapours which smell very nice,” he told Government News.

“If you leave it in there long enough, you’re left with a lump of coal.”

The process GDT uses is unique and was invented in Australia by the company’s technical director Denis Randall, Mr Bayley says.

Similar processes used by other companies require pre-processing of the tyres, he says.

“The most stunning difference is the fact that we use whole tyres and the other processes need to have them pre-processed before they can, so that puts the price up.”

In partnership with CarbonScape, GDT is hoping to use tyres in the environmentally-friendly production of graphite, which is considered a “critical strategic mineral” in the US and Europe and is used in batteries and solar panels.

“This is the holy grail. If we can make this work, there will only ever be one solution for end of life tyres in Australia, I would think,” My Bayley said.

GDT is currently raising capital for the graphite-production venture, which it hopes to operate from its tyre processing plant at Warren in Western New South Wales. More commercial plants are planned in Toowoomba, Southern Queensland, Wagga, Geelong, Elizabeth, Collie and Gladstone.

It has also signed an agreement for ten plants in the US and a deal for five tyre recycling facilities in South Africa.

Mr Bayley says with the export of whole and baled tyres to be banned from 2021, governments need to start thinking about solutions for their own fleets.

“They should be getting behind every inclination of a potential solution, not waiting for it to be commercialised before they then get behind it,” he said.

“It’s very important that government be seen to be doing what they can to resolve these issues rather than sitting on the fence and waiting for somebody else to do it.

“I think the government could have some influence and ensure that these tyres, instead of being baled and exported to India to end up in an unknown process, could be directed towards one of the Australian processes that are available.”

The award winners will be announced at a gala dinner at the Tire Technology Expo in Hannover on February 26.