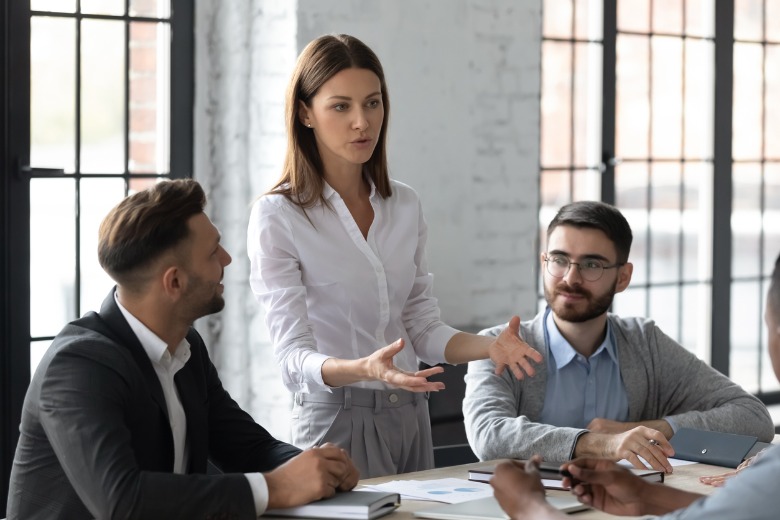 During leadership transition it's important to keep the work moving forward while creating understanding with the new leader of the current situation.

As the dust settles on the federal election, the public service prepares itself for machinery of government changes and leadership transitions that typically follow. To avoid chaos and missed outcomes, a set of guiding principles is needed, writes Christie Struckman.

Following last weekend’s election, a reshuffle is expected in the senior ranks of the Australian public service. But executive moves happen all the time in government. Some changes are planned due to election cycles, job rotations and retirements. Others happen due to performance, job opportunities, political manoeuvring and restructures. A 2016 report published by the Australian National Audit Office found that there had been more than 200 machinery of government changes at federal level alone in the previous 15 years.

Few would argue with the assessment that government is, well, not great at leadership transitions.The time it takes to “settle down” from a transition can be long, resulting in states of perpetual transition. ​Everyone “tiptoes around” due to newness, job/role fears, unclear guidance and the need for quick impact. Clarity of direction takes longer as a result.

Few would argue with the assessment that government is, well, not great at leadership transitions.

While the best advice would be to reduce the number of leader transitions, in the absence of being able to influence that, leaders must get better at transitioning.

We need to shift from focusing on the individual who is changing roles to recognising that there are four major players in any given transition. These are the incoming leader, the outgoing leader, the executive who manages the role and the staff that reports up to the leader. At any given time, you could be any one of those players.

So how do you align individuals with different agendas to a common perspective?

A principle is a rule or guideline providing clear direction that expresses the values of an organisation. We must commit to following a set of principles that span purpose, priorities, politics, and people. Smoother transitions will result.

Gartner has identified eight principles for leadership transitions designed to reduce the time it takes to “settle down” from the changes and ensure there is clarity about the agency’s mission.

These principles should apply no matter why the transition has occurred, but context matters. As a specific example, if a leader is removed because of fraudulent practices, then a re-evaluation of the planned and in-flight investments would make sense.

If you have a direct report transitioning

The manager reporting to you has left and you need a new one. Consider how your organisation is evolving. Determine what skills and experience the new leader needs to have to help achieve your organisation’s goals and recruit accordingly.  Give guidance to the new leader that honours the past and present of the agency employees and their continued value in the future. And most importantly, hold the new leader accountable for a set of outcomes, not vague direction to make changes happen. Most likely the best course of action is to press harder on the current set of initiatives. Change could be detrimental.

If you are the incoming leader

You are walking into an organisation that may have some trepidation about having you as its new leader. Not because the staff doesn’t like you, but because they don’t know you. They are looking for some sense of your priorities and values and your management approach. So be clear about that. Know what your purpose is in taking this role and communicate any shift in purpose of the agency to the staff. Don’t assume they know or understand it.

Your team is looking for leadership, confidence in the value of the agency, validation of the work they have done, respect for their contributions, and more consistency than disruption.

If you have a leader transitioning above you

All transitions come with trepidation. Your role in the transition is to keep the work moving forward while you create understanding with the new leader of the current situation in your department. Pull together the information that helps the incoming leader to understand what the services of the agency are, how well those services are being delivered, what the major investments, and what the next steps are with those investments.

The new leader is looking for an honest assessment of how things are working. Share stakeholder maps and help the new leader understand the potholes and sticky areas in the department activities. Help your staff adopt new leadership mandates and return to productivity in the shortest time possible. Don’t forget to include remote/off-site employees.

If you are the outgoing leader

You need to create a story about the work that your organisation has done toward achieving the organisation’s goals. But this story should also be mindful of anticipated changes in those goals and how the organisation can adapt or needs to change to meet them. You are the storyteller/historian for the time that you were the leader. Craft the story that you want to tell, with honesty and humility, about what worked and what didn’t work so well.

Create a leave-behind, for example, a farewell town hall meeting, a memo or video that is sent to everyone, that honours the work that was done. It should put that work in the context of the mission and the political forces at play. Share your leave-behind with the incoming leader and with the management staff that reported to you.

The staff members who reported to you will be in an uncomfortable dynamic. If they supported your programs that the new leader does not believe in, they will be labelled as “part of the problem.” They will also be concerned about their careers. They will want to continue to work on the mission but will be unsure/unclear on what is OK to continue, versus what they should stop doing. Meet with each of them and take the time to document the strengths and career aspirations of each. Share that information with the new leader. Tell the story of each of your staff managers and their contribution and value to the mission.

Leader transitions are fraught with confusion, fear and uneasiness. Because transitions happen so frequently, participants can suffer from learned helplessness — choosing not to act because they don’t believe their actions will matter.

If every individual follows the same principles, no matter their role in a specific transition, then the change will be more seamless.