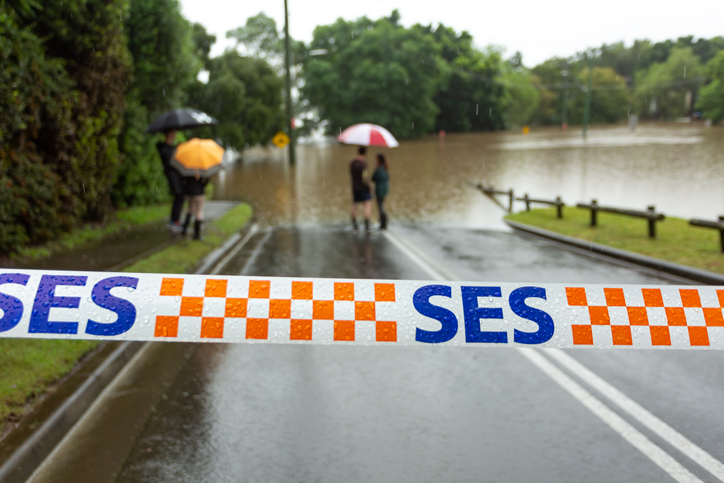 More than 95 percent of Australia’s spending on natural disasters comes after the event, with less than five percent spent on mitigation and community resilience.

As a nation, we are failing to adequately plan for increasingly frequent and severe natural disasters, writes Linda Scott.

This year alone we have seen lives lost, homes and businesses destroyed, and communities devastated by the flooding along our eastern seaboard.

It was encouraging to see the Commonwealth commit $6 billion to disaster recovery in last month’s Federal Budget, and this will just help our flooded communities rebuild, but it won’t protect them from the next downpour.

More than 95 percent of Australia’s spending on natural disasters comes after the event, with less than five percent spent on mitigation and community resilience.

This needs to change, or we will continue to see our communities devastated by fires, floods and cyclones.

Way back in 2014, the Productivity Commission recommended the Federal Government spend at least $200 million per year on disaster mitigation, and it is astounding that our communities are still waiting for this investment.

To its credit, Federal Labor has committed to implement this recommendation if elected. However, we need bi-partisan support, and local government will continue to advocate to all parties and independent MPs for this funding.

Across the country, councils have dozens of mitigation projects ready to go, but they don’t have the financial capacity to do it alone. They need help from other tiers of government to make these projects happen.

On average, natural disasters cost our country approximately $38 billion a year, and this is forecast to increase to as much as $94 billion per year by 2060.

Simply put, we can’t afford a lack of action from the next federal government on disaster mitigation. It will cost Australians their homes, their businesses, and their lives.

Tragically, some of our communities have been impacted by multiple disasters in the last few years.

The Blue Mountains City Council was just one of our local governments hit by both the Black Summer Bushfires and then flooding last month.

We can’t completely avoid future disasters, but we can change how we plan for them, and how we build back better.

Pitfalls of rebuilding the same bridge

Currently, under the joint federal and state Disaster Recovery Funding Arrangements, our essential infrastructure is reconstructed to its pre-disaster condition.

This means the same bridge could be rebuilt, washed away, rebuilt, and washed away again.

The Royal Commission into National Natural Disaster Arrangements recommended that the principle of building back better should be incorporated into the DRFA.

By investing a little more now, we can save millions of dollars in the long term by making sure our local roads and bridges are rebuilt to better withstand future fires and floods.

We need a new approach to planning for natural disaster events, and councils are ready to work with the next federal government to be part of the solution.

One thought on “Failing to plan or planning to fail?”