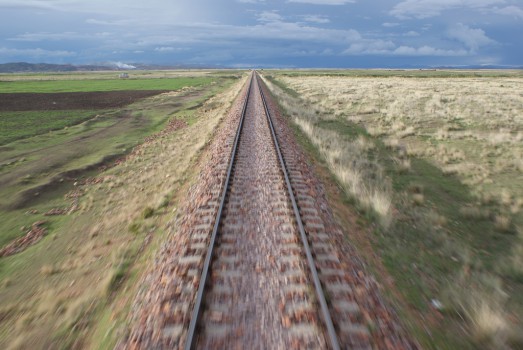 The prospect of Australia finally building a high speed passenger rail line along the East Coast of the continent has been softly revived by Deputy Prime Minister and Minister for Infrastructure and Regional Development, Warren Truss, during a key speech to the influential Australasian Rail Association’s AusRail Plus conference in Sydney.

Many had been anticipating High Speed Rail as a concept would be dismissed outright, or at least heavily played down in terms of economic feasibility.

Previously estimated to cost around $114 billion to construct over 30 years, the superfast rail line would stretch between Melbourne, Sydney and Brisbane and present a viable alternative to air travel.

Labor had flaunted kick-starting the massive project as part of its ‘big picture’ pitch to voters, especially those in regional areas where the lack of transport infrastructure is seen as an impediment to economic and industrial development.

The Coalition responded with a $300 million plan for an expanded inland rail network for freight to take pressure off regional roads now being chewed up by trucks. That move was also warmly welcomed by regional areas and producers looking for faster and cheaper ways to get goods to market.

Mr Truss also announced that the former Nationals leader and Deputy PM, John Anderson, will now chair a “high-level Implementation Group” for Inland Rail to” to “drive the project forward and to achieve our goal to begin construction in our first term.”

The chief executive of the ARA, Brian Nye, applauded the selection of Mr Anderson to push the Inland Rail project.

“The establishment of the Inland Rail implementation group will ensure this project moves forward towards its completion in 2026,” Mr Nye said.

“For such a large project in a complicated policy environment, there is a lot that needs to be resolved- such as the exact corridor, ownership arrangements, funding and links to the resource sector.

“The establishment of this group is exactly what is needed to grab these issues by the horns and wrestle them to the ground. Whilst Inland Rail is no harbour bridge or snowy mountains scheme in the eyes of the public, it’s not far off in terms of what it can deliver for the nation’s future prosperity.

While that Inland Rail commitment has understandable approval, it was the acknowledgement that High Speed Rail was not yet entirely off the table that sparked intense interest in how the project might now be brought to fruition.

“Australia is a large country which, therefore, lends itself to the development of high speed trains. But our population is small, which challenges the economics of high speed passenger rail,” Mr Truss said, cautioning that “passenger fares could not be expected to cover much of the capital cost.”

“It is easy to dismiss high speed rail as an unaffordable fantasy for Australia. But the [previous] study also revealed that, by 2065, travel on the East Coast will more than double to 355 million trips per year,” Mr Truss said.

“Sydney-Melbourne is already in the top three airline routes in the world and Sydney-Brisbane and Brisbane-Melbourne are also in the top 20. Can we imagine our skies and airports double the number of flights there are now? Or our roads with double the traffic?” the Deputy Prime Minister said.

Mr Truss said that the Coalition government was now considering “what role high speed rail could play as part of Australia’s long term transport planning” as part of a broader approach took into account preferred options “across all transport modes and in consultation with eastern state governments.”

He said the next stage would be to consult the states and the ACT “to ascertain their support for the proposal and their willingness to begin the next step—reserving the corridor for a future high speed rail line.”

The reservation of a rail corridor is one of the most fundamental aspects of making High Speed Rail a reality because unless land is quarantined from development the cost of reclaiming it would become insurmountable.

Mr Truss said that quarantining land would be a “major multi-billion dollar commitment” and that a corridor “through our cities, suburbs, towns and rural landscapes” could not happen without being “willing to purchase the affected lands.”

“That will be expensive and without an immediate return,” Mr Truss said adding that this meant that the government was “open to innovative funding and construction proposals that may help a deeply indebted country to deliver such a large project.”

The call for innovative funding is likely to be interpreted as a challenge to private industry and the finance sector to come up with tangible proposals to make the project a reality.

An obvious innovation would be to allow a private consortium to build, own and operate the High Speed Rail for a set period of time or financial return in the same way that toll roads have previously been constructed by private consortia.