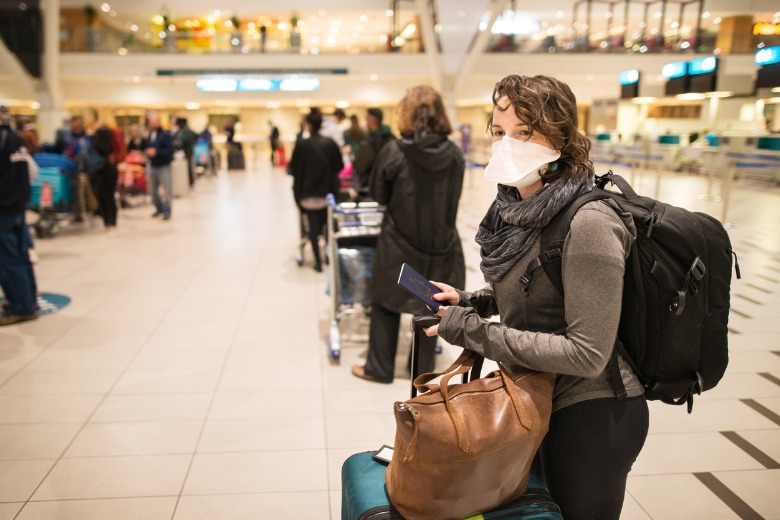 The model was developed by scientists from CSIRO and the Queensland University of Technology who used it to compare an open border situation with one reflecting travel restrictions introduced in Australia in the first six months of 2020.

Australia was one of the first countries to report imported cases of the disease. Between January and June last year travel bans were declared for China, Iran, South Korea and Italy with a full travel ban on all foreign nationals declared in March.

The modelling showed that without travel restrictions more than 48,000 covid-19 cases were likely to have been imported between January and May, CSIRO research scientist Dr Jess Liebig says.

“However, all of Australia’s travel bans successfully lowered imported cases into Australia by 88 per cent to an estimated 6,000 cases over the studied period,” she said.

It also predicts that if borders were to open in October there is a risk of more cases being imported.

The findings are reported in a paper published in the journal BMC Public Health.

The new modelling comes as the national debate begins to shift from maintaining zero covid in Australia to achieving vaccination benchmarks that will allow the nation to ‘live with’ the virus, including reopening borders to international travel.

Dr Leibig says the modelling can forecast the number of potential covid infections on any international flight and provides a tool to help authorities make decisions about incoming international travel once Australia starts to open up again.

It takes into account a range of factors including the incidence of covid-19 in the country of origin, date of arrival in Australia, length of stay and in-flight transmission.

“The model is a flexible framework that can be used to quantify the effects of travel restrictions and to evaluate proposed relaxations,” Dr Liebig says.

“It also enables us to pinpoint the groups of travellers most likely to be carrying the virus, so authorities can more efficiently direct healthcare and biosecurity control strategies.”

Professor Raja Jurdak from QUT says it’s the first model to quantify all covid-19 importations to a particular country, which means it can be applied globally.

“If we can better understand and forecast the likely spread of covid-19 through air travel, we can make more informed decisions about when and how to reopen international borders,” she said.