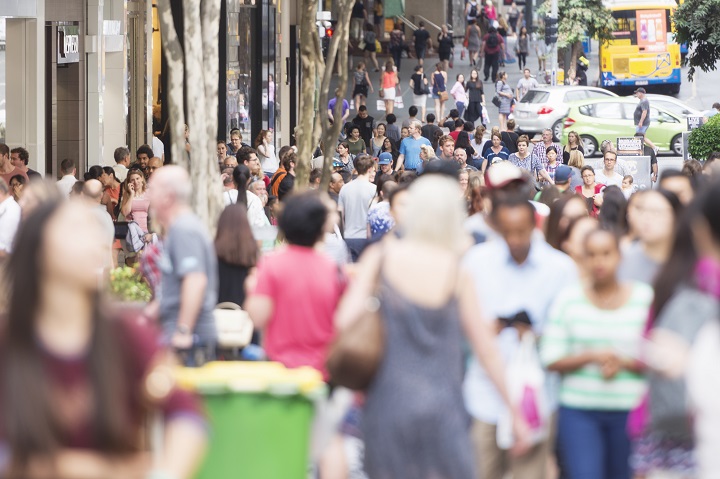 Density doesn't have to be a dirty word, a forum on Australia's population pressures heard.

Professor Carr, now an Industry Professor in Business and Climate Change at UTS, said a population policy would have to include a range for immigration intake, a series of sustainability benchmarks and a Commonwealth commitment on infrastructure.

“It would link the intake to infrastructure, density and density infrastructure sustainability,” he told Government News after speaking about population during a panel session at the Western Sydney Leadership Dialogue on Tuesday.

“It would force the Commonwealth to think about the impact on cities of upping immigration.”

Australia’s population grew by 1.6 per cent in the year ending 30 September 2018, reaching 25.1 million, according to the latest ABS figures.

The federal budget, meanwhile, estimates growth will average around 1.7 per cent a year over the next four years with the population pushing 27 million by 2022.

Prime Minister Scott Morrison earlier this year announced the Coalition’s population plan but the nation hasn’t had a formal policy since the White Australia policy of the first half of last century.

Professor Carr earlier told the forum that a population policy would provide a range for immigration intake rather than a net number.

“Most importantly it would provide a set of benchmarks,” he said. “Those would be measures, for example, of water recycling; measures related to air pollution; measures of our capacity to rejuvenate and sustain our urban environment; and infrastructure.

“I think it would be possible to have these factors written into a document that represents a population policy and builds public confidence about Commonwealth support, and about the gains in environmental quality that will accompany what some might see as an ambitious target for net intake on an annual basis.”

Confronting the question of density

A Commonwealth population policy would also have to address the population elephant in the room: increased density, an issue which Professor Carr said had previously been handpassed to state and local governments which were often all too keen to politicise it, with less than optimal results.

“It is lazy for Canberra public servants and politicians to say, ‘I stand for a big Australia we’re going to ramp it up’ and not talk about a Commonwealth commitment to infrastructure or sustainability, or involve themselves in the argument about density,” he said.

Something as simple as good building design could remove much of the resistance to density, Professor Carr said.

“Once you establish the designs local and state governments are offering communities are the very best, a lot of the resistance for higher density vanishes.”

Urban Taskforce CEO Chris Johnson said quality of life was entirely compatible with increased density, as long as the supporting infrastructure was in place.

Australia had reached a tipping point where the spreading low rise suburban model could no longer be sustained, Mr Johnson said, and a shift from ownership to access could provide a new paradigm.

“There a move from hyperconsumption – where we want the biggest house with three cars and a boat and a swimming pool – to cooperative consumption,” Mr Johnson said.

“Instead of wanting to own all those things, you can have access to them. So you have access a swimming pool in your apartment block, childcare in your own complex, gardens, a gym.”

The headline announcement was a reduction in the migration ceiling from 190,000 to 160,000 a year over the next four years. The government also pledged to provide infrastructure and ease pressure on Australia’s biggest cities.

2 thoughts on “Time to talk about population policy: Carr”