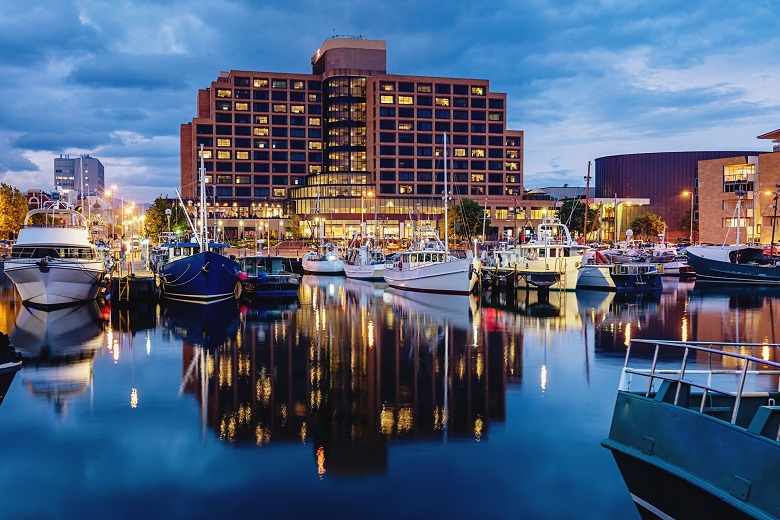 Brand Tasmania is working to distill a unifying cultural expression of the state.

Imagine having 520,000 brand ambassadors to tell your story to the world. That’s exactly what Brand Tasmania aims to do under the leadership of Canadian entrepreneur Todd Babiak.

The place branding and economic development expert, who won an international award for work in his hometown of Edmonton, will be a headline speaker at the Place Branding conference in Hobart in June.

Babiak will provide an update on his work with Brand Tasmania, including its innovative approach to promoting the state to the world and the launch of the new Tasmanian.com.au website.

Babiak was appointed inaugural brand Tasmania CEO last June but he is no stranger to the Apple Isle.

He worked with Hobart City Council in 2017 to develop the City Vision and also helped develop the Tasmanian Story Project for the Department of Premier and Cabinet in 2018.

As part of Babiak’s private work with City of Hobart and Tourism Tasmania he had already amassed some 440 detailed interviews with Tasmanians about what they love about their state and how they see its place in the world.

He’s now using that data to come up a “unifying cultural expression” of Tasmania based on the stories gathered during his research.

“There were the Aboriginal stories, post-industrial stories. How as Tasmanians they were treated almost like second class Australians, they were made fun of, they weren’t good enough,” Babaik told Government News.

“But the response to that was a lot of hard work and determination. There’s a quiet pride and humility, and a pursuit of the extraordinary that is typically Tasmanian.

“They owned all that hard work and determination to build these kind of artisanal, boutique, niche, quality industries.”

An example of this is Hobart’s Museum of Old and New Art (MoNA), founded by entrepreneur, art collector and professional gambler David Walsh.

Babiak describes the museum’s story as a ‘distillation of Tasmania’s heart’ and one of the most successful place branding projects he’s seen in 30 years.

“Its founder was a really humble guy from a small community who made a bit of money in a maverick way and he wanted to give something back to Tasmania,” he said.

“He took a massive risk and people told him, ‘this isn’t going to work’. They said ‘no one is going to come to Hobart to a museum.  Don’t do it, you’re going to embarrass yourself’.

“When Tasmanians talk about success someone always tells them it won’t work. But this was a major turning point.”

Babiak says place branding is light years away from traditional product branding, which for years has involved little more than a logo, a tagline and an ad campaign.

“Product branding is usually about ‘let’s put a logo on this and get a consistent colour scheme and let’s do a campaign to drive some ads’,” he says.

In a typically Tasmanian way, Brand Tasmania is taking a different tack.

The organisation’s new website, which launched on December 20, targets Tasmanian individuals, organisations, businesses and local government bodies who can register free of charge and make use of its “evolving” toolkit to tell their own stories in their own voice.

“Our first audience is Tasmanians,” Babiak says. “We’re telling the story back to them and helping them better tell their own story.

“We’re approaching it from the inside out. We want to have 520,000 ambassadors – the population of Tasmania – telling the story in their own words.”

Babiak describes place branding as a “kind of mission impossible” – which is also what he loves about it.

When it comes to place branding Babiak knows what works. But he also knows what doesn’t.

For example, Tourism Australia’s ill-fated and cringeworthy campaign featuring Kylie Minogue was savaged on social media and pulled at the beginning of the year.

Babiak admits timing was against the campaign, which coincided with the devastating summer bushfires.

“But I don’t know if Australians truly felt that’s who we are,” he says.

“It seems to me when people were upset with it online it was as though they were saying ‘that’s no us anymore, that doesn’t represent my feelings’.

“In place branding you’re trying to distill a culture. There needs to be a sense of ownership and co-creation. It’s about using emotion to drive action.”

*Update: Place Branding Australia 2020 has been postponed until further notice because of the impact of the Covid-19 pandemic.