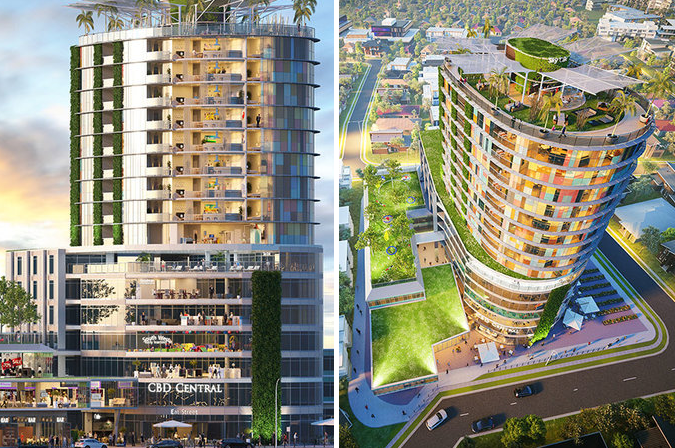 Council is on track to smash its housing targets without increasing the density of its suburbs.

One of Sydney’s fastest growing multicultural hubs is expanding rapidly, but unlike most urban metropolises the residents aren’t feeling the squeeze.

Home to more than 210,000 people, Liverpool City Council, a burgeoning multicultural hub in Sydney’s west, is  dubbed Sydney’s third city for its booming population – which is set to increase to 331,000 by 2036.

With the Western Sydney Airport and the Aerotropolis, both in the centre of Liverpool, due for completion in the next seven years, the region has been identified as a key area of strategic growth by the Greater Sydney Commission (GSC) in its 40-year-vision for Sydney.

Named one of three regions in the GSC’s vision of a metropolis of three cities, Liverpool is set to grow rapidly over the next few years under plans for it to become a ’30 minute city,’ where residents live within half an hour of their jobs and public services.

Despite mounting pressure on the region, council has managed to thrive under a population boom, smashing housing targets without substantially increasing the density of its suburbs.

According to council’s CEO Kiersten Fishburn, council’s GSC housing targets of 8,250 dwellings by 2021 are on track to be exceeded, with 8340 set to be completed over that time.

With an abundance of green-field sites and an under-developed CBD, the region is one of the last bastions of untouched land in Sydney, enabling council to exceed housing targets without placing undue pressure on local infrastructure, according to Ms Fishburn.

“This means it is possible to meet the GSC housing targets without increasing the density of Liverpool’s suburbs,” she told Government News.

Authorities have also been able to keep the delivery of public infrastructure and services at pace with population growth by rezoning the CBD.

Council has been balancing the need for increased infrastructure with the desire to maintain green urban spaces, trying to see population growth as an opportunity for sustainable development.

Last year council rezoned 25 hectares in the city centre to allow its 18-hour-economy to flourish under the demands of its growing population.

The rezoning is set to double the population of the CBD to nearly 30,000 people, and is aimed at attracting developers to regenerate the CBD with a range of cafes, shops, offices and apartments.

Council is also undertaking a review of its Local Environment Plan, as well as a draft innovation strategy, in a bid to hear from the community on their vision for the future of their suburbs.

“Liverpool is on the tail of a comet. We have the rare opportunity to capitalise on the development occurring in all sectors, making the most of these opportunities for our community,” Mayor Wendy Waller said in November last year.

Over the next decade, Liverpool City Council’s capital expenditure will be around $1 billion – money which council intends to spend on water retention basins for new release land areas and roads.

“Council is working closely with service authorities to plan roads, public transport, water, sewer and electricity installation in our growth areas and upgrades in our CBD to handle the increasing number of residents and businesses,” Ms Fishburn said.

With the goal of becoming Sydney’s third CBD in a matters of years, council is also working on plans for a rapid transit corridor between Liverpool CBD and Western Sydney Airport.

But Ms Fishburn says council is calling for support from all other levels of government to make the bid a reality.

“In Liverpool we are ready to do our bit but we need Federal and State governments to back us – and our growing community – with the quality infrastructure we will require and deserve,” she said.

“We need the State and Federal governments to keep up with the growing needs of South West Sydney with road and rail infrastructure, along with the utilities our rapidly growing community needs.”