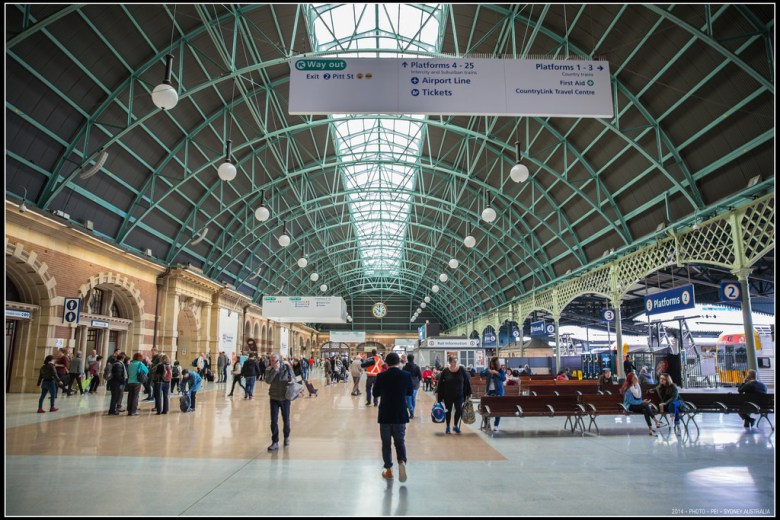 Sydney’s Central Station has seen many revamps over the years, including a major realignment of approach roads and other access points in the 1990s. Now it has a dual role as a train station and an advertising vehicle.

Central Railway is supposed to be the state’s centrepiece railway station, but it has struggled at times. Its initial location south of the CBD made little sense when it was opened in 1906 – it was until not the construction of Sydney’s underground system in the 1920s and the opening of Sydney Harbour Bridge in 1933 that it assumed its present role as the hub of Sydney’s public transport system.

Now there has been another change.

The NSW Government has unveiled a new high-tech Customer Service Centre in the middle of the concourse — the same spot where a grand wooden indicator board stood until was replaced with TV monitors in 1982. The much loved board was removed only with much complaint and is now in the Powerhouse Museum. 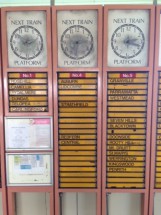 With the latest Central revamp train arrivals and departures are now displayed on an 11 metre long digital information board made up of 20 individual screens. The giant screen also contains information about major events – and advertising – along with a tourist information kiosk and a mobile device charging station.

Andrew Constance, NSW Minister for Transport and Infrastructure, toured and officially opened the new centre at Central Station on Monday. He also announced the introduction of a Concession Opal card for job seekers, and an upgrade to the Transport NSW website.

But it is the pervasiveness of advertising on the train system that most people have noticed.

Large scale talking billboards now verbally harangue commuters at major city stations, and even some destination boards are now displaying advertising, though these appear to be trials. Trains themselves are also on track to being gradually converted into advertising vehicles, a move the state government has cashed-in on in more ways than one.

Many rail commuters in NSW were surprised when Premier Mike Baird made a cameo appearance in a video advertisement for Sydney’s Daily Telegraph newspaper posing as a train traveling reader of the tabloid.

Announcing the contracts in December 2013, then Minister for Transport Gladys Berejiklian said that “the new advertising contracts are expected to double the revenue Sydney Trains receives through advertising to at least $100 million over five years, unlocking the potential that has long been underutilised across the network.”

There you have it. The NSW state government quite clearly sees empty space on trains and platforms as ‘underutilised potential’.

And here’s a lurk. When the previous contracts were announced, Sydney Trains Director of Customer Service Liz Ward said the increased advertising would “make it easier for customers to find their way around our stations as by using more scrolling and digital advertising we’re able to reduce the amount of other advertising around the station, making directional signs easier to spot.”