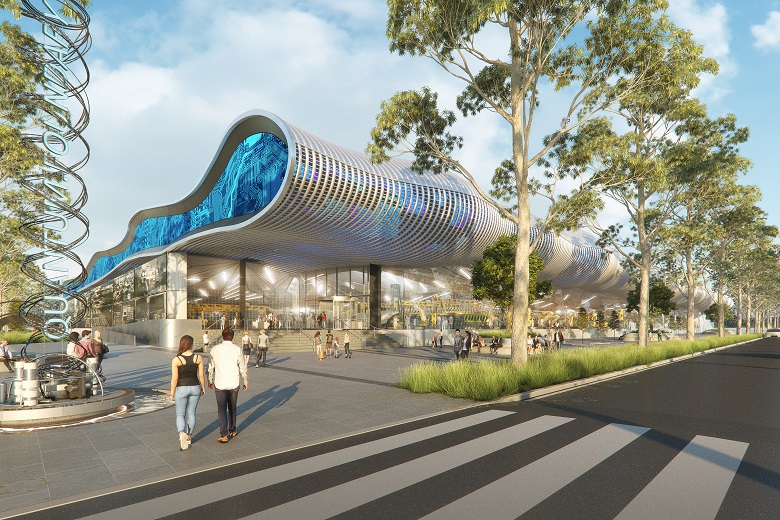 The Aerotropolis Core is one of five precints that will be rezoned under a new planning policy by mid-2020.

Rezoning of the first parcels of land for the Western Sydney Aerotropolis under a specially created environmental planning policy is set to be completed by mid-2020, the NSW government says.

The draft Western Sydney Aerotropolis Plan provides a roadmap for the rezoning of six of the ten precincts planned for the 11,200-hectare airport city.

Rezoning will be implemented through a planning framework that includes a new Aerotropolis State Environmental Planning Policy (SEPP) and Development Control Plan (DCP).

All precincts except Mamre Road, which remains under a Western Sydney Employment Area SEPP, will be rezoned under the Aerotropolis SEPP which will add “statutory weight” to the planning and development of land around the airport.

A combination of new and existing zones will be applied in the Aerotropolis SEPP including:

The government says the plan sets out a “sequenced approach to precinct planning” designed to boost major infrastructure investment and help kick start operation of the Aerotropolis.

It says there will be a diversity of housing in the Aerotropolis Core, Northern Gateway and Rossmore precincts to provide “a vibrant and living city” protected from the 24/7 operations of the Airport.

A “Place-based Infrastructure Compact” led by the Greater Sydney Commission will identify funding options, which include a land or unit-based Special Infrastructure Contribution (SIC) and value capture tax paid by developers.

Aerotropolis Core, Agribusiness, Badgerys Creek, Northern Gateway and Wianamatta-South Creek will be rezoned by mid-next year, according to the plan. The remaining precincts – Dwyer Road, Kemps Creek, North Luddenham and Rossmore – will follow.

Aerotropolis core: This will be a global airport city centred around a new Sydney Metro station and used for manufacturing, defence and aerospace, research and development, high tech, education and business incubator hubs, and residential and visitor accommodation.

Northern Gateway: Described as a key strategic centre in Western Economic Corridor and a link to Western Parkland City via public transport, freight, road and rail. To include industry, warehousing, logistics, residential and visitor accommodation.

Badgery’s Creek: The precinct will adjoin the airport and and support airport operations and development, resource recovery and retail. Because of proximity to the airport Badgery’s Creek will be unsuitable for noise-sensitive purposes such as schools and hospitals.

Mamre Road: This area will be connected to the potential Western Sydney Freight Line but because of noise will also be unsuitable for schools and hospitals. Potential land uses include warehousing, logistics, manufacture and circular economy operations.

Agribusiness: As its name suggests the precinct will be used for agriculture and production of food, pharma and flowers for international and domestic markets. Will contain a proposed food STEM centre of excellence.

The government is selling the Aerotropolis as one of the nation’s most transformational infrastructure projects and a new centre for jobs, investment and services.

The Aerotropolis is predicted to create 200,0000 new jobs for Western Sydney and include a STEM high school and university and skills hub incorporating aerospace and defence, manufacturing, health care, freight and logistics, agribusiness, education and research industries.

“With construction of the airport underway, we have a once-in-a-lifetime opportunity to create a brand new city, and we want the community to be part of the process,” planning minister Rob Stokes said.

“We’re getting on with the job of planning for a new city to make sure that land around the airport will be ready to build on well before the first plane takes off.”

Liverpool Mayor Wendy Waller, whose local government area takes in most of the Aerotropolis, has welcomed the release of the Plan saying it represents a major step along the way towards the new airport that bring benefits to Western Sydney.

“We will be supporting the community to engage with the (Plan) and also ensuring any concerns they have are communicated to the NSW government which will make final decisions about zoning and land use planning,” she said.

“It’s important to get the framework right to deliver a world-class Aerotropolis – one that will be a game-changer for the people of Liverpool and South West Sydney and will create an attractive and sustainable lifestyle for residents and workers.”

Cr Waller said projects such as the Fifteenth Avenue Smart Transit (FAST) Corridor connecting Liverpool City Centre, the new airport and the Aerotropolis would benefit the region in the future.

Urban Taskforce welcomed the establishment of a clear deadline for rezoning and progress on delivery of the massive project.

“The sooner we progress these plans, the sooner the development industry can commence the formation and growth of the Aerotropolis on the ground,” Chief executive Tom Forrest said.

However he said the group was concerned about the lack of information about the SIC and proposed value capture contributions, which he said would represent a burden on developers and could put a handbrake on development.

“Urban Taskforce believes that the state government should fund infrastructure around the Aerotropolis to stimulate an economic boom.  They will reap the benefits from the subsequent taxation revenue. To put this burden on developers risks stopping the development happening at all,” he said.

The draft Western Sydney Aerotropolis Plan is on exhibition for comment until Friday 28 February 2020.