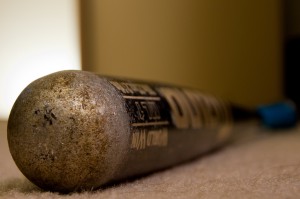 It’s a case of another day and yet more employees at another federal department lining-up to take a swing at the Abbott government’s increasingly maligned public service enterprise bargaining framework.

Disgruntled staff at Employment Minister Eric Abetz’s own Department of Employment are now primed to vote on escalating their displeasure to industrial action.

The Community and Public Sector Union (CPSU) on Wednesday confirmed that it is applying to the Fair Work Commission to run a ballot on seeking to take protected industrial action.

The latest move comes just days after a similar bid by the union to the workplace umpire on behalf of Department of Agriculture, while staff at Human Services and the Department of Veterans’ Affairs are already undertaking industrial action.

According to the CPSU the application for a strike ballot at Employment comes after feedback from delegates and staff to reject their employers pay offer “that would have cut a raft of their conditions and rights as well as 46 jobs, in return for a pay rise of 0.5 per cent a year.”

“It’s [Senator Abetz’s] policy that narrowly defines productivity as cutting rights, conditions and hourly wages. It’s his policy that’s producing deals which leave people worse off than they are now. And it’s his policy that makes it impossible for agencies to put forward sensible agreements.”

The level of dissatisfaction for the Department of Employment’s latest pay offer is palpable with around 95 per cent of staff that voted on the deal rejecting it.

There is also understood to be anger over a perception – real or otherwise   that Employment may have come up with such an unpalatable offer so it could be seen to be setting a ‘tough love’ example for its Minister to show other agencies.

Ms Flood said that if a vote of union members for industrial action was successful, protest measures  Employment “would encompass a range of work bans and stoppages of up to 24 hours.”