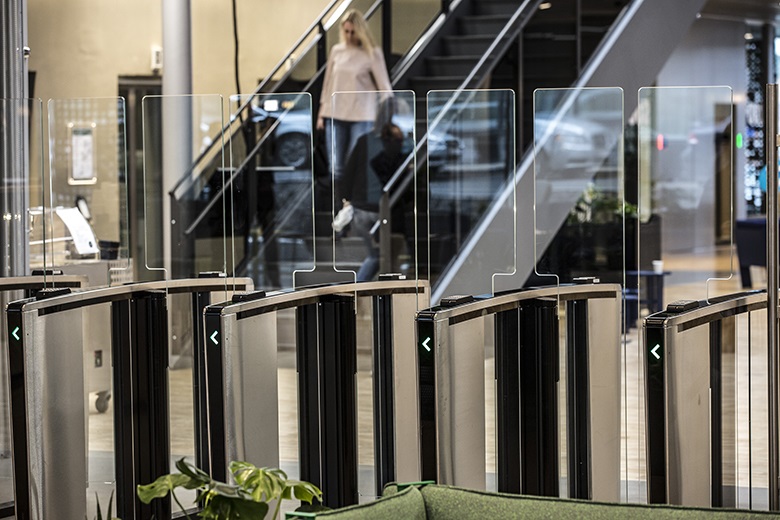 As much as you wouldn’t only rely on a firewall to protect precious data, physical security also needs a tiered solution.

The range of threats that governments have to countenance is immense. From violence and terrorism to disgruntled former employees, theft and vandalism, security is a many-headed hydra that requires multi-level solutions.

But providing the best physical security is just part of the equation. In modern society, the key is also presenting an ‘open’ architecture, consistent with democratic governance. Boon Edam Australia is meeting these parallel challenges and provides a range of government organisations, legislatures, parliaments, and financial firms top-to-toe solutions that tackle these often competing requirements head-on.

What are the key security issues?

One of the most common security breaches is tailgating. Broadly speaking, this is when an unauthorised person follows an authorised person into a building. Often it can seem innocent enough – particularly in instances where the people involved know each other. It may be as simple as someone forgetting their access card and allowing a work colleague in through a door. Yet in other instances, it can have far more sinister repercussions, namely when another unknown person attempts to sneak in behind authorised personnel.

Similarly, piggybacking is when two people enter through a security entrance at the same time using only one authorised credential. Whether done innocently or with more dishonest motives, it still involves collusion by two or more parties. Often used interchangeably with tailgating, piggybacking takes on a slightly different meaning when it comes to security entrances. High-security doors work to combat collusive piggybacking through the use of a sophisticated overhead sensor system that can detect when more than one person is inside a compartment designed for one.

As much as you wouldn’t only rely on a firewall to protect precious data, physical security also needs a tiered solution. The first step is discouraging unauthorised users from entering the premises in the first place. Full-height turnstiles provide a practical solution. As much as anything, they are a visual deterrent against infiltration. While preventing tailgating, they do not however stop piggybacking.

This is where security lanes or speed gates are useful for reception security. Speed gates employ sensor technology to accurately detect objects moving through the lanes of passage and can determine whether one or two people are passing through on a single authorised credential. Tailgating is possible, so if detected, an alarm will sound to alert a nearby guard or reception staff for a quick response.

Thirdly, the most sensitive areas of an operation will require a physical security entrance to prevent intrusion. Single entry is enforced by an overhead sensor system. When a user presents their credentials, the door opens and the compartment is scanned to verify the user is alone. Inside the portal, an internal biometric device can be used to verify identity; it will confirm that not only one person gets inside the room, but the right person.

The layered approach works well from a security perspective but the other side of the coin is ensuring seamless entry that is both efficient for employees and allows visitors a positive user experience. Boon Edam has partnered with a number of other companies to supply technology that balances out both requirements.

Lift Destination Control – in conjunction with Schindler Lifts, combines speed gate security and transit intelligence in one sleek package. Designed to be used as a medium-level security solution in a high-flow area, the Lifeline Speedlane Swing seamlessly acts as a boundary between public and private environments. Fully customisable, it uses market-leading technology in tailgate detection and relieves pressure on security or reception staff while remaining unobtrusive and built to last.

Facial recognition and fingerprint technology can be incorporated into the product too. Boon Edam recently partnered with AnyVision, using their Abraxas technology to add another layer to security without impacting the employee/visitor experience.

Supplying, installing and maintaining the suite of products is also high on the company’s priority list and Boon Edam has appointed Supply Nation Certified company Warrgambi to take care of this in the key Australian Capital Territory market. Warrgambi was selected for its technical excellence and demonstrated record of effectively dealing with Government agencies and helping them maintain compliance with their environmental sustainability, risk management, and duty of care responsibilities.

Property leader Dexus has embraced the technology in its Gateway building in Sydney’s Circular Quay, which uses a range of Boon Edam solutions, such as fully integrated touchless fingerprint scanning, to allow authorised office workers and guests into the building. With people increasingly on edge in the COVID-19 environment, it allays both hygiene and security concerns and is also perfect for a government environment.

Boon Edam’s elegant, refined and secure entry solutions feature in a number of Australian installations, including many government buildings which cannot be named for security and confidentiality reasons. The company can, however, arrange authorised site visits to see the technology in action.