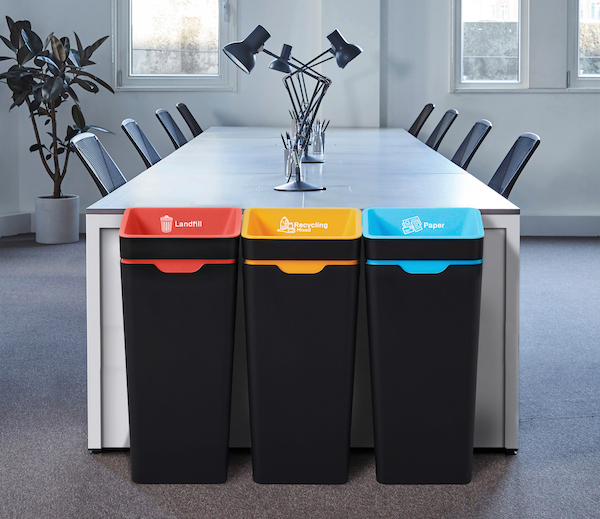 Method are the makers of visible flexible and beautiful recycling bins that are helping councils and government departments across Australia and New Zealand to recycle more, and waste less in the workplace. The award-winning recycling and waste bins are placed together to form flexible recycling stations that are located throughout a space or building.

The bins are designed to encourage effective waste separation with colour-coded lids and clear graphics that match industry standards. Further, through regular interaction with the consistent bins, recycling becomes an unconscious habit, changing recycling behaviours in the workplace and subsequently at home.

Method’s recycling solution is based on their leading philosophy of Open Plan Recycling, bringing the beautiful bins out into the open plan design of modern spaces where they increase awareness and accountability. While the bins become a visible statement of an organisations commitment to recycling and sustainability.

Mackay Regional council implemented Methods bins into one of their buildings and found a significant reduction of waste to landfill. “The system we had was not working,” said

Tim Ey their sustainability officer. “Staff were disengaged, and it was inconsistent.” In contrast, he found that “Open Plan Recycling was the catalyst to engage the 120 people on [our] floor with what else we were doing in the council. Now everyone is aware of the broader sustainability program we’re working on, which encourages them to support it.” 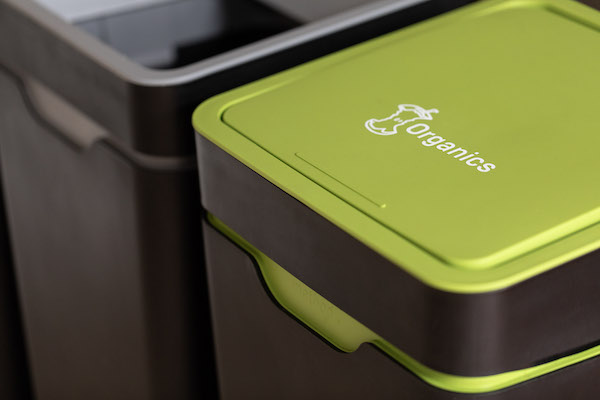 In May 2017, after an initial audit, it was discovered that collectively they were sending 200kg of waste from their single facility to landfill each week – 40 kg a day. With 277 permanent employees and approximately 300 people in the building at any one time, they knew they could be doing more.

Before implementing their new system of 20 Method Recycling Stations, they met with their cleaning company to tell them what they were planning to do. It was written into contracts to ensure that cleaners would work efficiently to keep the waste separated once employees had made the effort to use the correct bin.

After their successful internal communications campaign, they enlisted floor champions to help further promote behaviour change. Each individual employee received a treat in exchange for the removal of their individual desk bin.

Samantha Battman the Behaviour Change and Education Coordinator at the Palmerston North City Council asserted “It’s amazing how many people are keen to do the right thing, but if you can’t provide the infrastructure then you won’t be able to get what you want.”

Are you ready to be a leader in recycling and make a visible difference? Get in touch with Method here – methodrecycling.com.