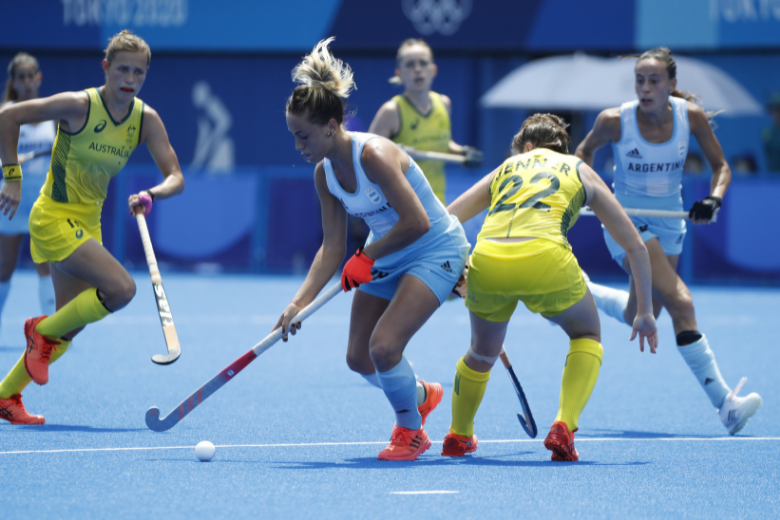 With the 2020 Tokyo Paralympics continuing to fulfill our thirst for excitement and feel-good action, Polytan is celebrating another hugely successful hockey event at the Olympic Games.

Poligras by Polytan has been the official hockey surface for 7 Olympic Games including Tokyo 2020, and has signed on for the next two Games in Paris (2024) and Los Angeles (2028).

Feedback on the Polytan Tokyo GT turf from both players and officials has been incredibly positive.

“The Poligras Olympic turfs played brilliantly, and the venue and pitches looked stunning. The players trusted the surfaces which allowed them to showcase their high-speed passing, fluid skills and aerial play – the quality of hockey was extraordinary,” stated Jon Wyatt, FIH Sport and Development Director.

“In addition, the sustainability credentials of the turfs (made from 60% bio-based materials and requiring 40% of the amount of water that was required in previous Games), means we can be rightly proud of contributing to the wider environmental targets of the Tokyo Olympic Games. These 4 turfs will be left in Japan as part of the hockey legacy, for the Japanese hockey community to enjoy for years to come,” Wyatt continued.

GOALS ON POLIGRAS CONTINUE TO GROW

Polytan is committed to fast and fluid hockey, and the incredible skills and high number of goals prove that the Poligras turf was a showstopper.

In Tokyo there were 351 goals in total, a per match average of 3.74 for women and 5.5 for men. This continues a general upward trend in goals at the Olympics:

These key performance indicators demonstrate that Polytan’s turf development continues to help the game be dynamic and exciting.

THE BEST TRAIN ON POLIGRAS

Polytan is very proud that 16 of the 24 teams at Tokyo trained on Poligras. Overall, 12 of the quarter-finalists and 6 of the semi-finalists where ‘Poligras teams’, which shows that preparing on the competition surface pays off.

As Polytan works towards their next innovations for Paris 2024 and beyond to LA 2028, this is something every elite program will be considering in their preparation for the Games.

As the leading company dedicated to the design, construction, manufacture, installation and maintenance of synthetic sports surfaces, Polytan is committed to making sport.

Polytan holds a unique position in the market. Being a part of Sport Group – the world’s largest business dedicated to sports surfaces, Polytan and its customers benefit from the Group’s fully integrated global supply chain. This means Polytan delivers unmatched quality control and complete customer transparency.

Their surfaces are made in Australia at their ISO certified manufacturing plant in Melbourne, and are the only synthetic turf manufacturer to make yarn in Australia.

Polytan is committed to bringing people and communities together through sport, from Olympic athletes through to grassroots superstars.

To find out more about Polytan’s services or surfaces visit www.polytan.com.au or contact 1800 663 812.