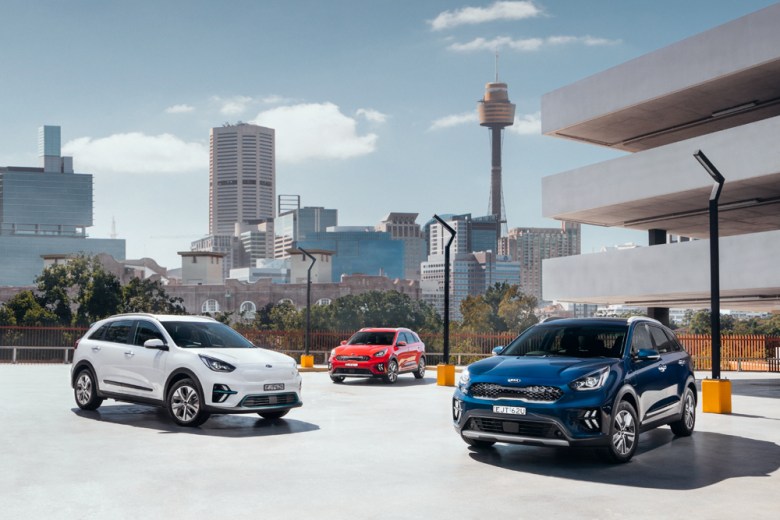 With the launch of Kia’s latest range, local councils now have more options for alternative fuel vehicles.
The range, called the Kia Niro, has two models on the government approved vehicle list.
The Hybrid S model has a large boot that is 410 litres in size. In regards to fuel consumption, it uses 3.8 litres for every 100 kilometres and 88 grams of carbon dioxide, with 16-inch alloy wheels fitted.
The model uses regular unleaded petrol and is also compatible with E10. It has leather bolsters on seats for comfort, along with regenerative braking.

Chris Forbes, general manager of fleet for Kia, said the Hybrid S is a standard hybrid vehicle where the main level propulsion is still a petrol engine.
“However, there is a small battery-powered electric motor that enables it to reduce its overall fuel consumption,” he said.

The second model on the government approved vehicle list is the Plug-in Hybrid (PHEV) S, which has an eight-inch touchscreen, dual zone climate control and smart push button starting.
“The PHEV is built off exactly the same platform as the Niro hybrid, although it has a larger battery and is a plug-in hybrid that has an EV driving range of 58 kilometres (NEDC) and a potential fuel consumption of 1.3 Litres per 100k (ADR81/02),” Mr Forbes said.

“Because they are an SUV with a reasonably sized boot, it does mean that it can replace many different types of vehicles currently deployed on council fleets around Australia.”
A distinguishing feature of all Kia vehicles, including the Niro, is its seven-year unlimited kilometre warranty and seven-year 150,000 kilometres warranty on high-voltage electrical vehicle components, which are available for all councils.
“This seven-year warranty, which was the first of its kind in Australia, also comes with seven years capped price servicing and seven years roadside assistance,” Mr Forbes said.