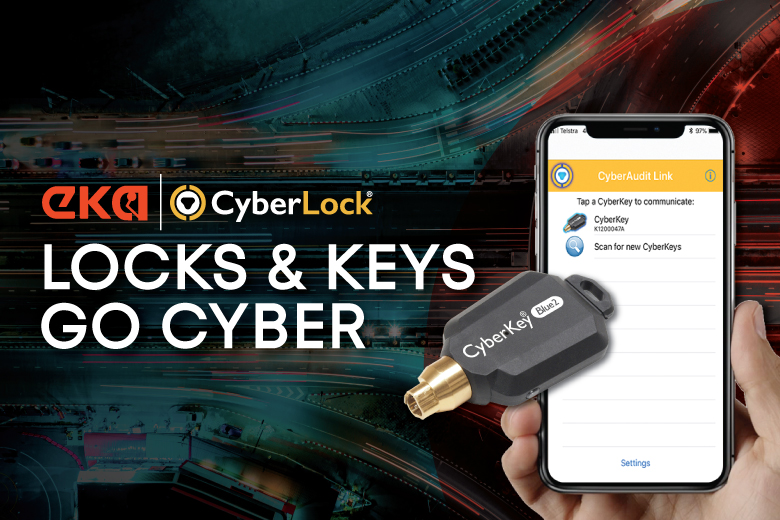 In Australia, BAI Communications own and operate one of the world’s most extensive transmission networks, providing a range of services to TV and radio broadcasters nationally.

BAI Communications stands at the forefront of broadcast transmission in Australia, responsible for delivering television and radio services for Australia’s national broadcasters since 1928. Operating from 752 sites, BAI maintains transmission towers, masts, poles, and building installations. Each has a control box which needs to be accessible to staff and contractors, and which needs to be secure from unauthorised access.

The Queensland Department of Transport and Main Roads maintains thousands of traffic light controllers all around the state. The locks to these boxes could be easily opened by a screwdriver or filing cabinet master key and offered very little security.

Utility Power Transmission (name changed for security reasons) had a big problem. A risk management audit identified the key system the company was using had an expired patent. There were also over two-hundred keys that had been reported lost or stolen, and three hundred keys that were not recorded. Its whole system was insecure.

Different organisations, similar problems, same solution. All three have now adopted electronic lock and key technology to secure hundreds and even thousands of remote sites. So have many other telcos, electrical and water utilities, building services companies, emergency services, and government agencies across Australia.

They have all implemented CyberLock, from EKA (Electronic Keys Australia), a unique system that uses programmable electronic keys containing the access profile of the key owner. The system enables centralised control and is ideal for organisations with many widely distributed sites. BAI Communications, the Queensland Government, and Utility Power Transmission have all benefitted from this technology.

‘Locks are my life’

Geoff Plummer is an Executive Business Manager at EKA parent company Davcor, market leader in Australasia for advanced security systems. He was a first-grade rugby player in his youth, but now he lives and breathes this technology. “Locks are my life,” he says.

You and I might think locks and keys are boring. Not Geoff Plummer. Spend half an hour with him and you too will be fascinated by the complexities and intricacies of the technology. His enthusiasm is infectious, which may go a long way towards explaining how CyberLock has become the most successful electronic lock and key system in Australia and New Zealand.

“Unlike other electronic security systems, CyberLock contains all its smarts in the key, rather than the lock,” explains Geoff. “Each key contains a small rechargeable battery, a Bluetooth or Wi-Fi connector, and a microchip that allows it to be programmed to only access certain locks at certain times. The key can be recharged, accessed and reprogrammed at any time to a simple mobile phone app.”

Geoff explains how these features enable total access control across all of an organisation’s operations. “You can manage any number of employees and contractors, who only need a single key each. If a key is lost a new one can be programmed immediately. If someone leaves or there are concerns about their access privileges their key can be immediately deactivated. It is much more sophisticated, but at the same time much easier to manage, than a conventional mechanical master key system.

“The whole system is managed by software and the access profile of each user can be changed at any time. Each key can be accessed through a mobile phone app with password control appropriate to that user.”

It’s instructive to look at the experiences of the three organisations mentioned at the top of this article. The Queensland Department of Transport and Main Roads application began when Brisbane played host to the G20 conference in 2014. The Queensland Government became aware of the security threat posed by the thousands of traffic light controllers around the city. If terrorists gained access to the city’s traffic lights, they could disrupt the summit and put many lives at risk.

Before the G20 the controllers were secured by a carriage style lock which is opened using a conventional square drive key or cam lock, like those used on most letterboxes. These locks could be opened by a screwdriver or filing cabinet master key, so offered very little security.

This created an urgent requirement to secure the controller cabinets located along the VIP routes in the vicinity of the G20 summit venues around Brisbane. The Department needed to find a solution to provide comprehensive auditable control. It all needed to be done inside eight weeks, including identifying the solution, sourcing the equipment, installation and testing.

Establishing a new master key system was considered as a possible solution. But it was determined that this would not provide comprehensive control as the reproduction of physical keys is not difficult with the widespread availability of 3D printers.

After extensive research and consultation with other state road authorities across Australia to identify the locking systems they were using and feedback they had to share, it was decided the solution should be managed in a similar way to conventional access control. The system needed to be auditable at all levels, lost keys needed to be easily deactivated, and the system had to be easily installed into the existing controller cabinets.

Subsequently the Department decided to roll out the system across its wider network. It has separated traffic signal controller cabinets into two sections, low voltage and extra low voltage, therefore granting access based on the access rights of the user.

The EKA CyberLock system has delivered the ability to add and delete users and their key via a centralised software management system. The replacement of locks and Queensland traffic light controllers continues today, with many being installed on a regular basis.

This means a securer network for customers, contractors, and employees. It also means simpler management of keys, with one key configurable to access all sites and zones, such as gates, huts, and towers. This means that contractors and visitors can access predetermined sites at predetermined times.

Access control was also very important for Utility Power Transmission (UPT). A new traditional master key system was not the answer – when new keys would inevitably be lost, the same issues would emerge all over again. UPT began a three month trial of CyberLock on selected sites.

The trial showed significant benefits over traditional master key systems, especially with the audit trails and frequently updated access permissions of CyberKeys. UPT installed a company-wide CyberLock solution, with a networked software system that allowed frequent updates of permissions to the CyberKeys. Several hundred electronic lock cylinders were fitted across padlocks, doors, and gates. A timeout policy means that If a key doesn’t have its privileges reauthorised within a defined period, it no longer functions. For UPT it was a highly effective security solution.

How the technology works

All the locks are IP68 compliant without the necessity of any sort of attachment or protective cover. IP68 is the international standard that defines equipment’s ability to withstand penetration by dust or other airborne particles or water.

There are four major components of the CyberLock system:

Each CyberKey can be programmed with the permissions for every CyberLock — which locks each key can open, as well as the days and times each lock can be opened. This means each user needs only one CyberKey to access any lock in the system.

Since the CyberKey is electronic, permissions can be easily granted and revoked. Administrators can set CyberKey expirations to occur regularly and can also do this on an ad-hoc basis if CyberKeys are lost. Each CyberKey contains four levels of intelligence and storage of up to 12,000 events, both entries and denied entries. The unique exchange of encrypted access codes between the CyberLock and CyberKey gives the highest degree of key integrity.

CyberLock cylinders also offer superior physical security. They have no conventional keyway that is vulnerable to being picked. If a new pressure is applied to the barrel, the front part separates from the back half. The back half of the barrel expands, causing a brake effect that engages the sides of the cylinder’s case, stopping the rotation and leaving the cylinder in the locked position.

The system’s management software offers advanced monitoring and reporting. EKA CyberLock’s server based software, CyberAudit Web, is designed to simplify the management of the system. The software is available as a self hosted application or a fully supported and managed cloud based platform.

A hierarchy of administrators allows individual managers responsibility for only the CyberLocks and the people in their area. It even manages assets across countries and time zones. An intuitive point-and-click browser-based interface that uses drop-down information boxes enables easy access to the software modules that drive EKA CyberLock’s access control, monitoring and reporting capabilities.

Communicators serve as the interface between CyberLock hardware and the CyberAudit management software via Bluetooth or Wi-Fi. Communicators enable CyberKey information to be downloaded into the software, and new schedules and permissions to be uploaded to the CyberKeys.

A variety of Communicators are available to address individual facility and personnel needs. Each Communicator can be given an IP address, which means a network of Communicators can easily be managed over the web without users having to physically validate their CyberKeys. EKA CyberLock software is available as a hosted system, instantly downloading audit trail data and receiving updated access permissions.

The CyberLock technology was developed in the USA by Videx. It had its origins in data collection technology and identification management rather than conventional physical lock. This unique approach has ensured that CyberLock has become the leading supplier of key-centric access control system globally.

Videx has been designing and manufacturing innovative electronics since the company was founded in Corvallis, Oregon in 1979. Early products included display enhancement modules for Apple computers. In 1985, Videx entered the data collection industry with its first portable bar code scanner. Over the years, additional data collectors have been introduced utilising touch memory button and RFID tag technologies.

The CyberLock technology was introduced in 2000 when Videx introduced the first electronic locks and smart keys to the market. Davcor has been Australasian master distributor since then. In 2013 CyberLock was spun off as an independent company but maintains strong ties to Videx, with which it continues to collaborate on future innovations.

When CyberLock became an independent company Davcor established its EKA division to build on the relationship. EKA is one of CyberLocks key international partners. It maintains a CyberLock software and systems integration team in Australia to provide support to organisations requiring a total security system.

EKA has installed over 150, 000 CyberLock cylinders in Australia.