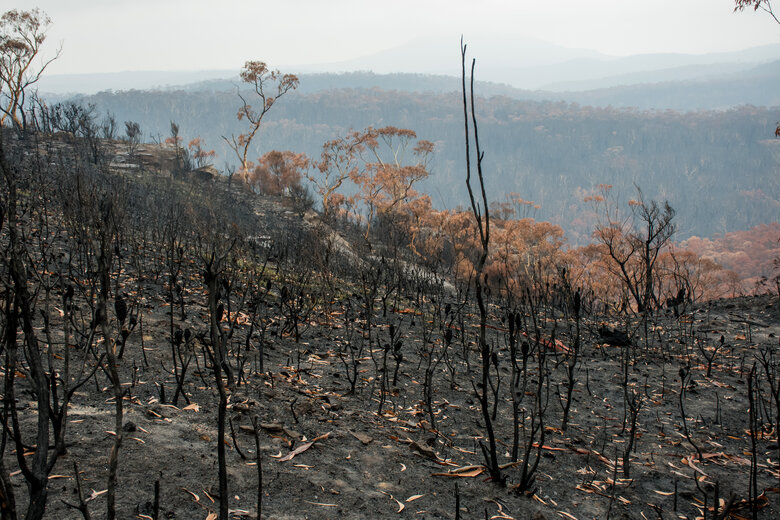 Deputy Premier John Barilaro has been questioned over the allocation of grants from a $177 million bushfire fund.

An $11 million grant from the NSW government’s bushfire recovery fund was handed out for a skydiving ‘pond’ that would create just 15 jobs, a parliamentary committee heard.

During a heated enquiry on Monday Deputy Premier and Minister for Regional Development John Barilaro faced questioning over the allocation of its $177 million bushfire grants program.

The committee heard it was the second biggest single grant in NSW but would create just 15 ongoing jobs.

“You know what this skydiving facility is, don’t you Deputy Premier? It’s basically a pond that people land in when they skydive as well as a function centre and a rock climbing wall,” Greens MP David Shoebridge said.

“You are seriously defending, in the face of so much need, more than $11 million dollars of public money going to build a pond so that people can land in it? How does that relate to bushfire relief?”

That question was followed by a heated exchange.

Mr Barilaro retorted: “You’re the one calling it a pond.”

Mr Shoebridge replied: “It is a pond.”

Mr Barilaro relplied:  “It’s a bit more than a pond, Mr Shoebridge. Council put this project forward because they believe in it. It’s not up to me to judge.”

Mr Barilaro went on to defend the grant saying the project would stimulate economic activity and met the criteria for funding.

“It met criteria and it was also about immediate jobs and driving tourism.”

Mr Barilaro also defended the decision to provide $10 million for the Visy paper company which is owned by billionaire Anthony Pratt.

Mr Barilaro said the investment has shored up 1,200 future jobs.

“If Visy was to fall over tomorrow … the impact is long term,”  he said.

Mr Barilaro was also asked to explain why the bushfire grants were given out to predominantly government-held seats, and why LGAs like the bushfire-ravaged Blue Mountains missed out.

Of the 71 projects that received funding, only three were in Labor electorates, the committee heard.

“It really looks on the face of it that pretty much all of this funding has ended up in government seats,” Labor MP John Graham said.

Mr Graham asked why the the Blue Mountains got nothing despite being the 12th worst affected LGA in the country and putting up 23 projects for funding.

In the case of Blue Mountains the number was 109. In comparison 2,057 were impacted in Eurobodalla Shire while Bega Valley had 1,970 affected.

He said the Blue Mountains would be top priority in the next round of funding for $250 million that closed on January 28.

“With the Blue Mountains the projects they put up didn’t meet the criteria,” Mr Barilaro said.

“We’re working with them and they’re our priority out of the next round of $250 million.”

But for Blue Mountains the second chance could be too late.

“Our CEO submitted a formal prospectus for over twenty grants for programs across our city ranging from post-bushfire programs, a fire station upgrade and stimulatory projects that would help boost economic activity,” Mayor Mark Greenhill told Government News.

“These submissions were carefully thought-out and would have assisted our community.  They were shovel-ready projects.”

Cr Greenhill said Council was never informed why their submission was unsuccessful.

He urged the government to reconsider its original funding decision.

“The second round of funding will come close to 18 months after the bushfires. It will be too late for many Blue Mountains businesses.”

No problem with John ‘Pork-Barrelaro’

Mr Barilaro said he didn’t have any role in decision making around the $250 million Stronger Communities fund which distributed $141 million to coalition seats in a move that’s been widely condemned as blatant pork barrelling.

However he said he had no problems being dubbed ‘John Pork-Barrelaro’.

“The scale of regionally based funding I have fought for has earned me the title of ‘Pork-Barrelaro’,” he said.

“It’s a name that I’ve never distanced myself from because I’m actually proud of what it represents and that is the investment I’ve fought for for regional NSW.

“Do I like being called ‘Barrelaro’? No but what it represents is the investment, and I’m proud of that.