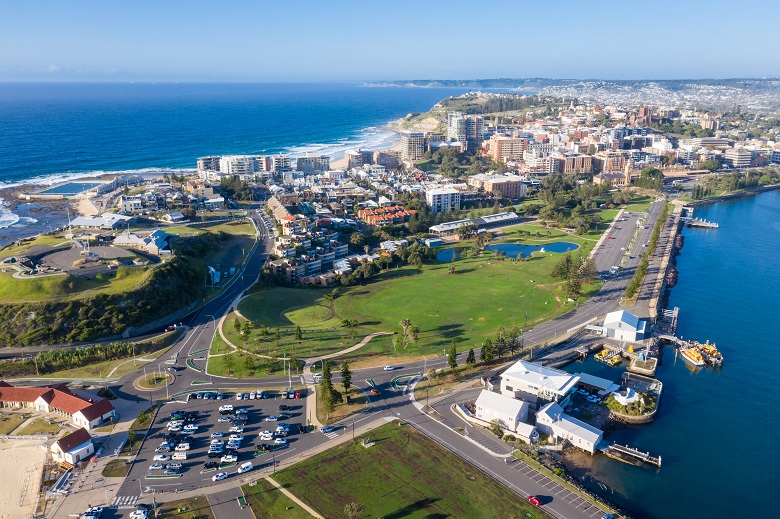 Newcastle has taken home the prize for one of Australia’s top smart cities in recognition of its strategic future planning for a smart, liveable and sustainable city.

The awards were presented as part of the 2019 Smart Cities conference last month, which showcased some of the latest technologies being deployed across Australia’s building, transport and utilities industries.

Newcastle tied with Adelaide’s City of Prospect as the top smart metropolitan cities (more than 100,000 residents) in Australia.

Judges were looking for cities showcasing the best use and implementation of technologies and processes that “enhance the overall operability and living experience within their city”.

Other finalists for the award included Randwick, Townsville and Lake Macquarie city councils.

Lord Mayor Nuatali Nelmes said the Council’s vision is that Newcastle will be a smart, liveable and sustainable global city by 2030.

“This award recognises our commitment to planning for the future and engaging widely with the Hunter’s tech minds as part of the Smart City Strategy, adopted by Council in 2017,” she said.

Ms Nelmes says Council’s definition of a smart city is one that puts the community at its centre, enjoys smart and digitally connected public and urban infrastructure and works to develop a thriving ecosystem to drive innovation and creativity.

“It’s important to move beyond the installation of technology alone, to also engage with the community around the future city,” she said.

Prospect Mayor David O’Loughlin said the city has been on a digital journey for the past 10 years.

“What distinguishes Prospect from other cities is our strong focus on economic development and our Digital Economy Strategy,” he said.

Prospect’s Digital Economy Strategy has led to the creation of Smart City initiatives, such as a GigCity Precinct, offering ultra-fast internet speeds.

Prospect’s Smart City Program is based on collaboration with other councils and the State government, he said.

“We are gaining national recognition for our collaboration with other councils and our community.”

As a result of sharing knowledge and networks over five councils, Prospect will install networked remote sensors to provide ongoing data about the use of council assets, such as parks and main streets. These open data sets will help councils to better understand demand and use resources more efficiently.