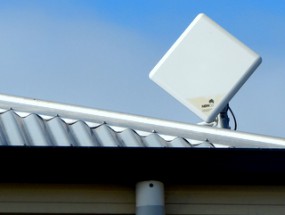 There remains significant controversy over the technology used to deliver the NBN to Australia’s cities and more populated regional areas, but the wireless broadband and satellites that will be used for rural and remote Australia are looking good and generating much less argument.

And NBN and the Government are making sure we know it. Last month they made a big deal of the imminent launch of the first NBN satellite, which will replace the current unsatisfactory interim satellite service. Now it is the turn of the wireless NBN. It will be the best and fastest wireless broadband service on earth, we are assured.

The NBN wireless network will ultimately serve 600,000 premises and nearly 1.5 million people, about 5 per cent of the NBN’s planned number of connections (satellite will reach another 3%). These are users in areas where it is uneconomic to run fibre cable, which will remain the NBN’s core delivery medium.

Rural users will be served by a wireless system called TD-LTE (Time Duplex – Long Term Evolution). The technology is very similar to that used for Australia’s 4G mobile phone network, though the two networks will not be interoperable. The backbone infrastructure will be from Swedish telecommunications giant Ericsson, with the customer premises equipment supplied by Australian company NetComm.

There is considerable animosity towards the Government’s ‘multi technology mix’ – Malcolm Turnbull’s term for the combination of media that will replace the previous ALP’s all fibre plan for heavily populated areas.

About one third of urban dwellers will still receive fibre-to-the-premises (FTTP), mostly in areas where the previous Government’s plans were too advanced to alter, but one third will now receive fibre-to-the-node (FTTN), which will use existing copper telephone cables into the home. Another third will have their NBN broadband delivered over the existing HFC (hybrid fibre coaxial) cables that Optus and Telstra installed to deliver pay TV in the 1990s. NBN has purchased these HFC assets.

There has been considerable controversy over the speeds that FTTN and HFC will be able to deliver, and over the cost and delivery schedule of the multi technology mix compared to the originally planned FTTP system. We will never know, or at least will never agree on, which will have been the better option.

But there is no real controversy over the wireless and satellite parts of the NBN. The Coalition has not altered Labor’s plans, despite criticising them when they were first suggested. The fact that most of the beneficiaries of these technologies are rural residents and part of the Coalition’s natural constituency is no doubt a factor.

Now NBN is been promoting a new report, from research analyst group Ovum and commissioned by Ericsson, which says that the wireless part of the NBN will be the world’s fastest and best value broadband wireless network.

“Our research demonstrates the combined technical performance with high levels of affordability of the NBN fixed wireless network make it a world leading broadband service when compared to other overseas wireless operators,” said Ovum’s David Kennedy.

“The arrival of the NBN will position rural and regional Australians to gain new access to a host of applications at affordable prices, helping to close the gap between city and country as well as Australia and the rest of the world.”

The Ovum report found that data allowances over the NBN fixed wireless network for its existing 25/5 Mbps (25 megabits per second download, 5 megabits per second upload) product offered at least three times more data than the next best international peer, PLDT in the Philippines. It also found that price per gigabyte of data for the same service was 75 per cent cheaper than the next best value competitor, T-Mobile in the Czech Republic.

And “NBN’s wholesale upload speed performance for its upcoming 25-50/5-20 Mbps wholesale speed tier product – currently in pilot – will be around 33 per cent higher than its next best peer, Meteor in Ireland.”

Communications Minister Malcolm Turnbull’s deputy Paul Fletcher talked up the technology at the Asian edition of the Mobile World Congress in Shanghai this week. He said that the next generation of wireless technology, 5G, will eventually deliver even higher speeds for the NBN’s wireless users (5G standards are not expected to be finalised until 2020).

“The NBN is an ambitious project to deliver high speed broadband services to every home in Australia using a combination of a fixed access network in the cities and major towns, fixed wireless in less densely populated areas and satellite in remote areas,” he said, choosing not to mention the fact the it was conceived by the previous government and criticised by his own party when it was in opposition.

“The NBN is using mobile technology in the form of TD-LTE to deliver a fixed-broadband like service in many areas of regional and remote Australia, where it would be prohibitively expensive to roll out a fixed network.

“Many of these subscribers previously had to use expensive 3G or 4G mobile broadband services – and some of them simply could not access any form of satisfactory broadband. The NBN fixed-wireless service is opening up a whole range of broadband applications to regional Australians that were previously simply not possible.

“Right now fixed-wireless can deliver 50 Mbps on the NBN – and it could go marginally higher – but substantial speed increases will only really be possible with the arrival of 5G. 5G will bring greater capacity to the fixed-wireless network which will enable even higher data usage; it also offers lower latency which will improve quality service on some applications.”

All of which is true, and all of which the current government is happy to take credit for.

One thought on “Rural NBN becoming a reality”