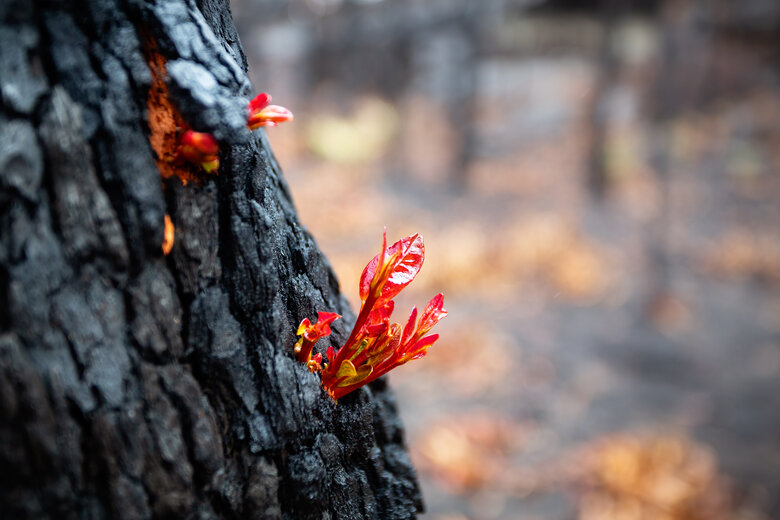 All jurisdictions must work with the federal government to coordinate decision making and share resources, the bushfires royal commission says in its interim report.

The bushfire royal commission says a COVID-style National Cabinet could play a role in responding to natural disasters in the future.

In its interim report handed down on Monday, the Royal Commission into National Natural Disaster Arrangements warns that Australia is likely to experience more frequent and intense natural disasters over the coming decades.

To ensure this, all jurisdictions will have to work with the federal government to coordinate decision making and share resources, the report says.

The report points to the National Cabinet which was established in  March in response to the COVID-19 pandemic.

The functions of the National Cabinet, or a similar peak intergovernmental decision making body, could be adopted for the national management of future natural disasters

“The functions of the National Cabinet, or a similar peak intergovernmental decision making body, could be adopted for the national management of future natural disasters,” it says.

Such a body would take responsibility on a national scale co-ordinating recovery, as well establishing priorities, overseeing policy and collecting data.

“There may be benefit in a single, scalable standing body responsible for natural disaster recovery and resilience at the Australian Government level,” the commission says.

The report says although states and territories already have the power to make emergency declarations, consideration should be given to whether the federal government should have more authority in this regard.

The report notes that a number of map-based apps were used by both members of the community and first responders during the 2019-2020 bushfire season.

These included the NSW RFS app ‘Fires Near Me’ and ‘VicEmergency”.

However, the apps were all different, with diverse terminology, symbols, explanations and information, leading to problems for some border communities and tourists.

We are considering the value of a national approach to apps that can standardise the process of attributing a warning to an emergency.

This could be addressed by having a new “national app”, the commission proposes.

“We are considering the value of a national approach to apps that can standardise the process of attributing a warning to an emergency, clarify time lags in publishing warnings, and provide all relevant information an individual may need to make an informed decision,” it says.

The report says bushfires and other natural disasters are a shared responsibility yet all states have delegated “significant” responsibility for managing them to local government, despite not all councils having the approporiate resources.

“We would expect state governments to ensure that they retain oversight and understanding of the capabilities and capacity of local government to perform these responsibilities, and to provide support as necessary,” it says.

The summer bushfires burned through up to 40 million hectares and cost 33 lives, setting a grim new benchmark for extreme fire seasons, the bushfire commission found.

Across Australia, the fires killed or displaced nearly 3 billion animals, destroyed more than 3,000 homes and caused some $2 billion in insured losses.

It says the 2019-20 season demonstrated that bushfires have become more extreme and less predictable, and that catastrophic fires may become more common, while traditional prediction models and firefighting become less effective.

The commission’s final report is scheduled to be handed down by October 28.