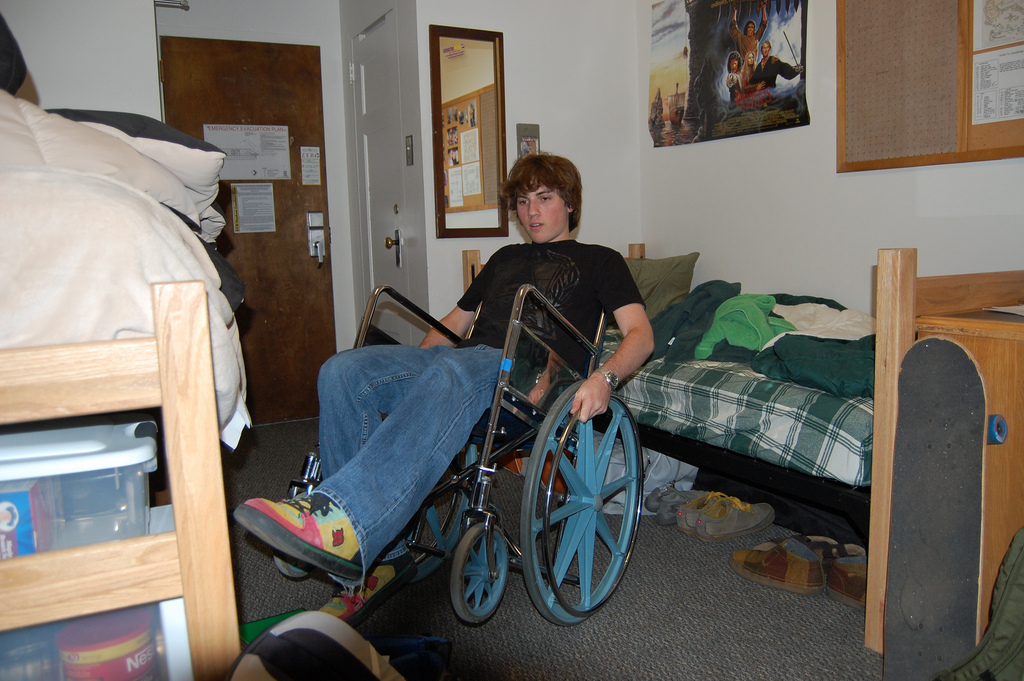 Given Mitch Fifield’s latest call for a swifter move to consumer-led markets, which comes amidst the major changes to home and community care, there is an opportunity to seriously address the shortage in respite provision, writes Chris Gration.

Respite care is disputed terrain. Advocates, carers and governments have argued for years over funding, pathways, consumer control and even the name. (The dictionary meaning “A short period of rest or relief from something difficult or unpleasant” has easily given offence to older people and carers). A 2013 National Aged Care Alliance respite review seemed to settle much.

Then, in early November, Assistant Minister for Social Services Mitch Fifield gave a clarion call for faster reform, urging us to “give the consumer full control” and let them direct “how and with whom” money is spent, all before the five-year review currently set for 2017.

So how could we move forward?

It’s not hard to make the case for more and better respite care. Despite almost 240,000 respite (or respite like) places in aged care, unmet demand is rising. More older Australians want to age in their home with the support of an informal carer, and respite is one of the most valuable supports available to them. Yet for carers of people aged over 65 the unmet demand is 17 per cent, and among the over 75-year-old cohort it is 20 per cent – compared to general unmet demand for respite in 2009 of 12 per cent. This demand gap grew by an astonishing 33 per cent between 2009 and 2012, according to Australian Bureau of Statistics figures.

As well, the rapidly growing population of people with dementia and their carers is poorly served by inflexible respite care – inflexibility in hours, settings, staff continuity. So what are the solutions? The minister’s invitation for more consumer-led markets should be the way to deliver more and more flexible respite.

Can we do more to meet the minister’s invitation for consumer-led markets? Right now in Canberra, officials are working feverishly to graft this faster paced reform onto the launch of the CHSP on 1 July 2015. And there was already a mountain of work in stitching together various Home and Community Care (HACC) and National Respite for Carers Program (NRCP) funded respite programs and services. It would be tempting to sit back and let respite reform be carried by growing consumer direction and budget holding in home care packages (HCP). But can we, and should we, do more?

The three bullet points for respite in the CHSP – flexible, cottage, and emergency – remain largely that: bullet points. There’s a lot more thinking still to be done about how that’s going to work. And to get the best thinking, we need to involve consumers and carers, as well as service providers in co-design projects.

Here are five ideas worth exploring:

Better CDC planning will lead to stronger consumer choice and voice. We already have the evidence from consumer directed respite care (CDRC) trials: good planning processes that involve carers and primary care recipients can provide significant benefits and drive innovation. But the planning process is crucial.

In fact, there’s good evidence from the UK that while many older social care recipients don’t like individual budgets they can benefit from good planning that involves them and their carer. However, there are a few provisos. I keep hearing accounts around the country of HCP planning that does not include carers. And that’s a problem. We know that a startling 12 per cent of carers have never used respite because the primary recipient (aged person) doesn’t want to use it. Therefore, planning processes need to be good to resolve those tensions.

As well, once the CHSP is up and running, respite will be charged to the HCP package at full cost recovery, meaning packages will need to stretch further. We don’t want planners tempted to reduce respite, assuming that carers of people with a HCP have less need for respite simply because a package has more supports.

Respite has dual pathways to access, for the consumer and for the carer, and these need to work well together. If we get it right, there’s good reason to believe that accelerating CDC and budget holding can drive innovation based on consumer voice and choice.

So how can we activate consumer voice and choice – and drive flexibility and innovation – at lower levels of support, where the low value of supports might require a different approach? Why not trial a modified version of cashing out – in which carers and consumers get to choose where to spend support dollars, including, for example, on out-of-pocket expenses for friends or family to accompany a younger person with dementia on a regular community outing? Alzheimer’s Australia has done great work on the support for cashing out respite, and there’s no reason why we should not accelerate a trial this year. Flexible respite, including family managed accounts, has worked in disability for years, and should be possible in aged care. Cashing out also helps consumers and carers to blend together informal and formal support networks.

Engaged, inclusive communities support older people and carers, and can reduce the call on formal supports. The CHSP Key Directions document appeared to rule out “community development” instead choosing to focus scarce funds on care and support. But are there market-based mechanisms that get us to the same place? The National Disability Insurance Scheme is looking at ways to support community inclusion in what it calls Tier 2, including with some block funding. Some of the most interesting of these are market-based solutions that can help match groups of consumers and their needs to flexible responses from community and micro services. Can we pilot some of these at entry level home support.

Australia’s best system for emergency respite – currently administered by the Commonwealth Respite and Carelink Centres (CRCCs) – is to be absorbed into the CHSP. But with 20 per cent of carers caring for more than one person, and 11 per cent of carers caring across at least two different service systems, we need to make sure that the emergency system continues to work for carers across all service systems – aged care, disability, mental health and chronic illness. Co-design as part of the integrated carer support model development should help with solutions here.

The minister has asked us to accelerate reform – and to go faster we need rapid listen, trial learn, implement cycles. We’d be well served in respite to fund a few co-design projects with consumers, carers and service providers on the ground to test out and prove the ideas listed above. Listening directly to the voices on the ground can help us accelerate the reform cycle, and get to the consumer-led market that the minister is hoping for.

Chris Gration is executive officer of the National Respite Association. Chris is contactable by email, chris.gration@nationalrespite.com.au