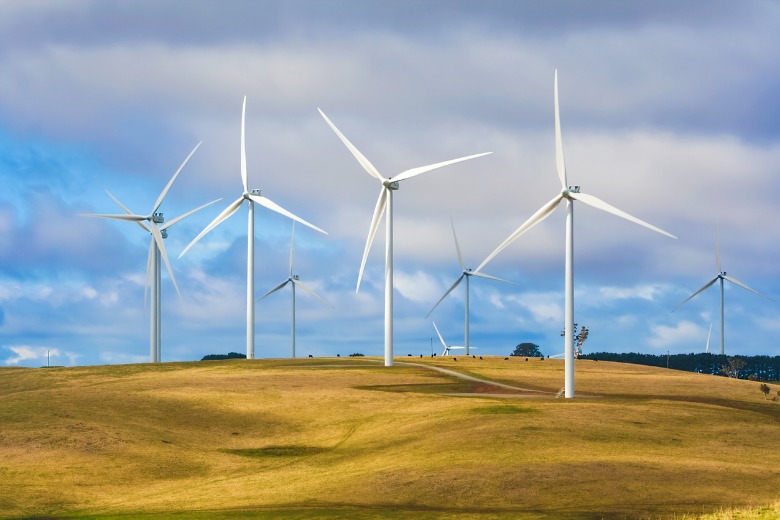 Wind farm noise can be heard from more than 3km away and is up to 5 times higher at night than during the day, a study has found.

Former US President Donald Trump went viral in 2019 with a diatribe against wind farms, accusing them of “spewing gases into the air”, creating fumes and noise and even massacring bald eagles.

Most of what the former President said was of course nonsense but he did pick up on a common theme raised against wind turbines – they do produce noise, and this has been an increasing source of community  complaints following the expansion of wind farms in Australia.

The noise, known technically as “amplitude modulation”, or AM, can take the form of a ‘swooshing’ or thumping noise that can be heard far as 3.5 km away.

Researcher Phuc Nguyen and a team from Flinders University are using advanced machine learning to better understand of the characteristics of wind turbine noise, as well as its effects on human health.

“Any renewable energy has two sides and they are never 100 per cent clean,” Mr Nguyen told Government News.

“The issue for wind energy is while we have very clean energy, we also have a noise problem.

We can use (our research) to improve wind turbine noise and wind turbine design and ultimately we’ll be able to make wind farms more acceptable to the wider community.

“It’s an ongoing debate and the reason for this is that we don’t have enough information related to wind farm noise and its effect on humans, so we are trying to get a scientific view on that debate.”

After the results of a pilot study were published 2019, Mr Nguyen spent a year analysing noise from three South Australian Wind farms located at Hallett, Hornsdale and Waterloo.

In research published in the journal Measurement, Mr Phuc reports that outdoor AM was up to five times higher at night time than during the day and more common during downwind and crosswind conditions.

“We found that the amount of amplitude modulation present during the daytime versus night-time varies substantially occurring two to five times more often during the night-time compared to the daytime,” Mr Nguyen said.

“The noise seems to worsen after sunset when amplitude modulation can be detected for up to 60 per cent  of the night-time at distances around 1 km from a wind farm.

“At greater than 3 km, amplitude modulation also occurs for up to 30 per cent of the night-time.”

Mr Ngyuen says as well as better understanding the characteristics of wind farm noise, the methods developed by the researchers to investigate and analyse the AM data can potentially be used for compliance checking and help improve the regulation and design of wind farms.

“We can get information about how noise varies with the season, with the time of day, and that information is very useful to help us improve wind farm guidelines,” Mr Nguyen says.

“We can use it to improve wind turbine noise and wind turbine design and ultimately we’ll be able to make wind farms more acceptable to the wider community.”

According to the Australian Renewable Energy Agency (ARENA), at the end of 2018 there were 94 wind farms across Australia, generating enough energy to meet 7.1 per cent of the nation’s total energy demand.

The cost of utility-scale wind energy in Australia is expected to continue falling, with new wind farms expected to deliver electricity at around $50-65/MWh in 2020 and below $50/MWh in 2030, ARENA says.

One thought on “Researchers take on problem of wind farm noise”