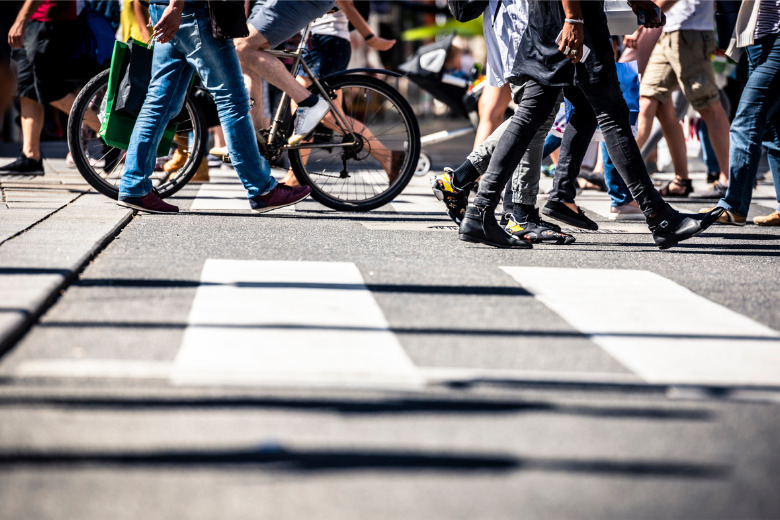 There must be integrated planning across all levels of government if Australia is to avoid falling behind in the creation of liveable cities that promote healthy and sustainable lifestyles, an urban design expert says.

The study found Australian cities may be less likely to promote healthy and sustainable lifestyles than some lower-income global counterparts, thanks to poor access to public transport and car-centric designs.

The study, which looked at 25 cities around the world, including Melbourne, Adelaide and Sydney, found that these cities failed to meet health and sustainability thresholds.

The research found that most Australians lived in areas that did not meet density and walkability thresholds in line with World Health Organisation targets to encourage physical activity.

Only 37–44 per cent of the population in Sydney, Adelaide and Melbourne lived in a neighbourhood with above-average walkability.

This was significantly lower in comparison to Sao Paulo (97 per cent), Hong Kong (96 per cent) and Mexico City (87 per cent).

Professor Giles-Corti believes that Australia’s density thresholds are too low as result of government policies that have been focused on building “very low density environments”.

“The number of people who live in an area will determine how many shops and services there are in an area,” she said.

“So, if you’ve got very small number of people living in an area, then that’s not enough people to support local shops and services,

“Our densities are very low, so we’ve got big, sprawling cities where it’s all very spread out.”

“‘(An alternative) is what I call ‘delightful liveable density’, where you have all the destinations that you need within a 10 or 15 minute walk from people’s homes.” – Professor Billie Giles-Corti

However, increasing density alone, without infrastructure, is not the solution, Professor Giles-Corti said.

“If you just do density without ensuring that shops and services are close to those people, that means that you’re just building higher density sprawl.

“(An alternative is) what I call ‘delightful liveable density’, where you have all the destinations that you need within a 10 or 15 minute walk from people’s homes.

“Now, that makes a huge difference to the likelihood of people walking and using alternatives to driving.”

Integrated city planning is crucial and must start from the top down, Professor Giles-Corti says.

“(It needs to be) horizontal across levels of government, so that each of the departments are singing from the same hymn book,” she told Government News.

However vertical integration was needed, as is the case with City Deals.

“I think that this needs to be expanded to go beyond a small number of City Deals,” Professor Giles-Corti says.

“Government needs to lay out the policies that will deliver the cities we want and then monitor over time.” – Professor Billie Giles-Corti

“The federal government paints a big picture in infrastructure but the integration of policy will be from federal down to local government, and I think that is really important.”

Ultimately, a different urban governance, as well as measurable standards and targets, are needed to deliver the cities that Australia needs.

“They can actually inform us about how we’ve been designing our cities into the future and what we’re actually achieving.

“(We need) to ensure that we deliver the cities for the citizens we serve that are going to be healthy and sustainable into the future.” – Professor Billie Giles-Corti

“This is incredibly important, given the pressures we’re under now to adapt and mitigate climate change.

It is up to the government to lay out the rules and create a level playing field that business can respond to, she says.

“Government needs to lay out the policies that will deliver the cities we want and then monitor over time.”

Professor Giles-Corti and her team have created tools for other cities to replicate the indicators that they’ve developed.

They’ve also created the Australian Urban Observatory, which includes these indicators for 21 cities in Australia, including major regional cities.

The team will also be launching a data city project and creating an interactive website.