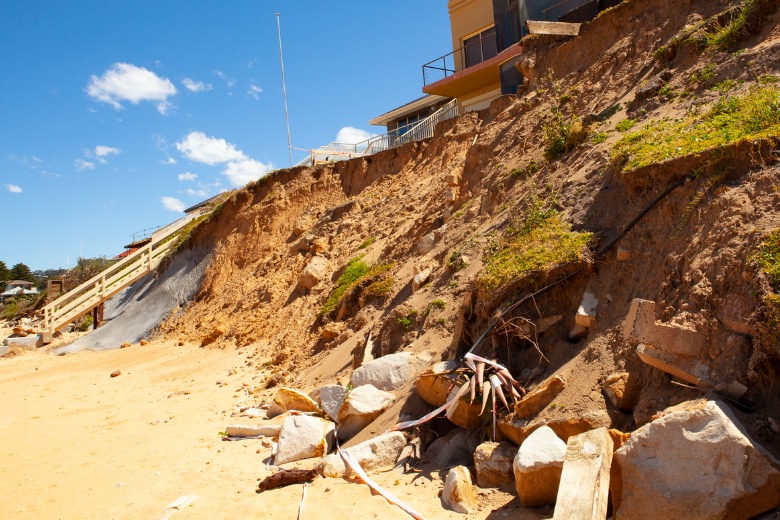 Ninety per cent of coastal councils say they've been affected by erosion.

This could include litigation related to planning decisions, environmental hazard mitigation programs, and failing to maintain infrastructure and services, the report by the Climate Council and the Cities Power Partnership says.

“As climate impacts escalate, litigation against councils is likely to increase, and the types of legal challenges are likely to expand,” it says.

“When it comes to climate change, councils face many difficult decisions in a contested space, and can find themselves caught between the community, the courts and state and territory governments.”

The report says it will be “virtually impossible” for councils to entirely eliminate the risks of litigation in relation to climate change, and many will be unable to recuperate the legal and administrative costs.

More than twenty per cent, or one in five, councils say increasing litigation is their biggest concern as climate change escalates.

A number of climate-related legal challenges have already been launched around Australia, the report says, many related to disputes about coastal erosion works.

Councils can also face legal challenges related to failing to provide adequate information on climate risks, or arising from planning and development applications.

In 2016 Wollongong City Council faced action from a person who was denied permission to build a dwelling in a flood area.

Meanwhile in Queensland, Noosa Shire Council has faced threats of a class action by landholders concerned its hazards adaption plan will affect the value of their properties.

Coastal erosion presents a particular risk, the Cities Power Partnership report says, with 90 per cent of Coastal Council Association members saying they have been affected by erosion.

One of these is Moyne Shire Council on Victoria’s south west coast, which faces the risk of two decommissioned landfills becoming exposed. Removing them will cost $22 million.

In Bega Shire Council, in southern NSW, the cost of restoring damage from the 2019-20 bushfires was $20.5 million, while Wingecarribee Shire Council in the state’s southern highlands has paid $6.1 million to fix repeated flood damage at a local swimming pool.

Local government at the heart of climate response

The report says the effects of climate change – including coastal erosion, floods, bushfires and storms, are most acutely felt at the local government level.

Writing a foreword in the report, Director of the Cities Power Partnership Dr Portia Odell says as the level of government closest to the community, councils are at the heart of responding to climate impacts.

“When disaster strikes, local governments work closely with communities to cope and respond. They are also often left with the task of cleaning up – and paying for – the mess, while they keep delivering the essential services that so many residents rely on,” she says.