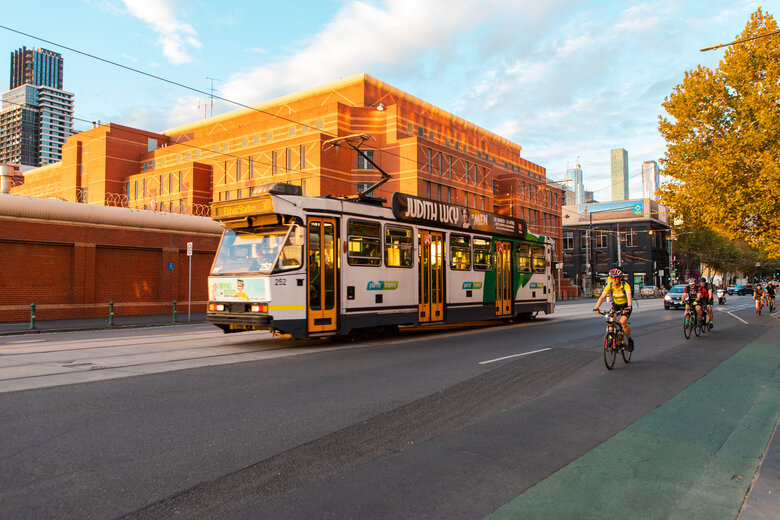 State and local governments across Australia spent more than $400 million on cycling related infrastructure and programs in 2020, according to Australia’s first national cycling economy report.

The Ernst & Young report, commissioned by cycling advocacy group We Ride Australia, provides insights into the scope of the national cycling economy.

Based on available data, it estimated that expenditure by Australia’s state and local governments on cycling infrastructure and initiatives to advocate and promote cycling in their regions came to around $428 million last year.

However, this was likely to be a conservative estimate.

“Given a significant proportion of cycling related infrastructure spend occurs within larger transport projects, there is a potential that this is a conservative estimate,” the report says.

The analysis shows that last year the cycling economy made a total economic contribution worth $16.8 billion to the economy and supported 34, 295 jobs.

Some 5.8 million Australians, or almost one in three adults, spent money on cycling related goods and services, with around 1.7 million bikes bought nationally.

NSW and Victoria had the most cycling consumers.

Launching the report in Canberra this week, Treasurer Josh Frydenberg said it offered compelling statistics about the ecomomic and employment outcomes of the cycling industry.

“We can use this data to leverage more investment in cycling infrastructure,” he said.

“More and more people are riding to work so they will need to have the bike lanes and paths that are necessary.

“These numbers make a very compelling case for cycling infrastructure. I’m all for getting on the bike because it’s good for the economy.”

Cycling can also benefit health and wellbeing, reduce road congestion and provide a sustainable transport option, the report says, and an extra $118 million could be generated each year by improving bikeways in urban areas.

The most popular form of cycling is recreational road cycling, the report found, with 69 per cent of regular riders doing it.

The most common reason for cycling was for exercise and fitness, followed by social reasons including spending time with friends and family, and as a mode of transport.

Getting heavy vehicles off the road and tax incentives to buy bikes would also have an effect, the report found.

Fifty-five per cent of cyclists who cycle at least once a fortnight said they would make at least two extra trips a week if cycling infrastructure was better, and 62 per cent of people who cycle once a month said they’d up their cycling by 4.3 trips.

An estimated 69 per cent of Australian cycling consumers would be encouraged to ride more if they felt safer sharing the road with motor traffic.

Sixty per cent said they’d be encouraged to cycle further if there were fewer heavy vehicles.