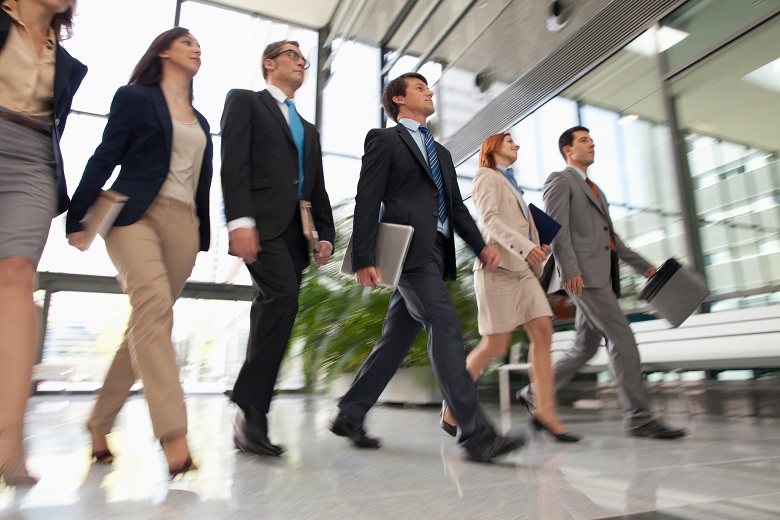 Sixty per cent of public servants are now women but men continue to earn more.

There’s been a 2.1 per cent drop in the number of people working for the Australian Public Service with a total headcount of 147,237 spread over 18 departments and 80 agencies across the nation at the end of June.

The State of the Service Report, released by the Australian Public Service Commission this week, is based on data from the annual APS survey and employee census, and the APS Employment Database.

Public Service  Commissioner Peter Woolcott  says the report underscores ongoing changes in the APS, which being are driven by rapid technological change coupled with diminishing public trust and high expectations from the government.

“It emphasises the need for the APS to continue to reform and adapt to meet the expectations of the government and the people of Australia, now and into the future,” he says.

Despite the challenges the survey found 90 per cent of public servants were “happy to go the extra mile” and 82 per cent strongly believed in the objectives of their agency.

However, the report said there was “clearly more to be done at whole-of-agency level”, with more than 40 per cent indicating they didn’t believe their agency cared about their health and wellbeing.

The report says perceived levels of public sector corruption have seen Australia slip from 7th in 2012 to 13th in 2018 on the Transparency International Corruption Perception Index of the least corrupt public sectors in the world.

While levels of corruption are very low in the APS, it is important that leaders continue to ensure that employees feel supported in reporting suspected corruption and that confidence in the reporting system is maintained.

The 2019 APS agency survey found 535 employees were investigated for a suspected breach of the APS code of conduct and there were 176 investigations relating to behaviour that could have been considered corrupt including fraud, forgery and embezzlement.

Only three of the 176 investigated for potential corruption were cleared.

The number of employees investigated for behaviour that could be categorised as corrupt is the highest since 2014.

In the 2019 APS employee census, 4, 299 respondents said they had witnessed another APS employee engaging in behaviour serious enough to be viewed as corrupt. Most commonly this related to cronyism, undisclosed conflict of interest, fraud, forgery or embezzlement.

Of the respondents who had witnessed behaviours that may be serious enough to be viewed as corruption, 64 per cent said they didn’t report the behaviour.

The most common reasons for not reporting were believing no action would be taken, the behaviour being accepted by managers, and concern about repercussions. Twelve per cent said they didn’t know how to make a report.

“While levels of corruption are very low in the APS, it is important that leaders continue to ensure that employees feel supported in reporting suspected corruption and that confidence in the reporting system is maintained,” the Commissioner says.

Sixty per cent of public servants were women at the end of June,  which is more than the proportion of women in the Australian popultion, according to the report. But men in the public service are still earning 7.8 per cent more.

The data shows women are concentrated in the APS 4 and APS 6 classifications but remain underrepresented in the SES, at 46.3 per cent of the SES workforce.

However, the commission says this represents an improvement from 41.8 per cent in 2015 and that during 2018–19, 57 per cent of employees joining the SES were women, the highest rate of female representation entering the SES cohort ever recorded.

It says a move towards parity at the highest classification levels is reflected in a narrowing of the gender pay gap. In 2018, the average base salary for males in the APS was $96,391 while the average for females was $88,896.

Despite an increasing requirement of digital capability, agencies across the service reported skills shortages and difficulty recruiting for a range of digital roles. They also reported widespread difficulties accessing specialised learning and development to support upskilling.

Strategic, targeted recruitment of entry and mid-level digital specialists, as well as APS-wide supported reskilling, may be necessary.

APS employee census results show only 1 per cent of respondents self-identify as working in ‘digital’ roles, including those in cyber-security.

“Expected growth in digital roles, and the increasing requirement for digital capability across various public sector professions, will only compound this issue,” the report says.

“Measures are being adopted across the APS to boost digital capability, spearheaded by the Government’s Digital Transformation Strategy, but much work remains.

“Strategic, targeted recruitment of entry and mid-level digital specialists, as well as APS-wide supported reskilling, may be necessary to meet this growing demand.”

The public sector union, the CPSU, says the report shows that 3,158 jobs were axed from the Australian public service in the last year.

The CPSU also slammed the report for failing to make any mention of the Average Staffing Level cap, the efficiency dividend or the increased use of contractors and consultants.

“This report confirms the increase in insecure work alongside jobs cuts,” National Secretary Melissa Donnelly said. “It’s no wonder that 60 per cent of staff that experienced change in their workplace over the last 12 months noted significant decrease in staffing numbers.”

The report comes as the sector awaits the release of the Independent Review of the APs, led by David Thodey, which was handed to the government on September 20 and represents the most comprehensive review of the APS in three decades.

One thought on “Report confirms drop in public service jobs”