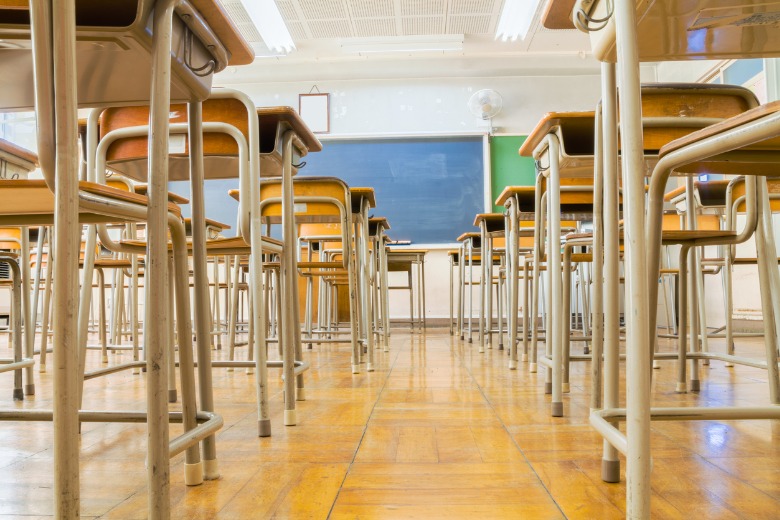 A former principal at a remote NT school diverted educational funds from some of the country's poorest students for her own enrichment, the ICAC says.

The NT’s corruption commissioner has made a series of recommendations about oversight of remote schools after finding a former principal at one of the country’s most disadvantaged schools rorted $500,000 of department money.

Milingimbi, 440km east of Darwin on Yurri Island, is one of the Territory’s very remote schools and is in the bottom quarter Australian schools according to socio-economic disadvantage. Ninety-eight per cent of the students are Aboriginal.

Ms Sherrington was on an executive contract with remuneration of $183,000 per annum plus accommodation.

In his report, Commissioner Fleming says between 2015-2019 Ms Sherrington spent $507, 800 on travel, chartered flights, hotels, car hire, dining out and purchases including a camera, kitchen items and toys.

In the two years when records showed $0.00 for book room supplies, she travelled over 18 times.

“Funds were diverted from educational resources intended for the poorest cohort of students in the country for Ms Sherrington’s personal enrichment,” Commissioner Fleming said.

“Ms Sherrington derived benefits including extended travel to and accommodation in Darwin, motor vehicle hire for personal shopping, quality dining and fast food purchases for herself, family members and friends.

“On numerous occasions Ms Sherrington chartered flights instead of travelling on commercial flights, which affected the school’s operational budget.”

The former principal also faked student figures in an attempt to get almost $1.5 million for the school, and employed four family members, who received more than $270,000 in salaries and a government employee house to which the person was not entitled.

The family members were employed on “generous contract rates” without permission or declaring conflicts of interest.

Commissioner Flemming’s report shows that Ms Sherrington was initially appointed acting principal at Milingimbi in 2015. In the same year she employed her partner as a data manager on casual contract at the rate of $51.53 a day.

In 2019 she employed her son as an IT support officer, her nephew as a school attendance officer on $500 a day and her daughter as an admin officer.

That year an additional $188,800 was claimed in “other school business” and Ms Sherrington and her partner falsified student attendance numbers from 50 per cent to 89 per cent, which would have resulted in $1.4 million in funding.

The Department of Education did accept or commit to the funding.

“Ms Sherrington was not in the business of education; she was in the business of manipulating data and herding children to be at school on ‘census’ days to maximise funding from both the Northern Territory and Australian governments,” Commissioner Fleming said.

The commissioner expressed concern that similar behaviour could be occurring at other NT government schools.

“Given both the disadvantage of the school and the community, and the requirement for budget repair across NT Government agencies, it is critical that the Department of Education determine whether this is a singular incident or whether it is systemic,” he said.

“Lack of adequate oversight of regional and remote operations could lead to corruption running unchecked, diverting funds from some of the most disadvantaged communities in Australia and impacting on efforts to close the gap.”