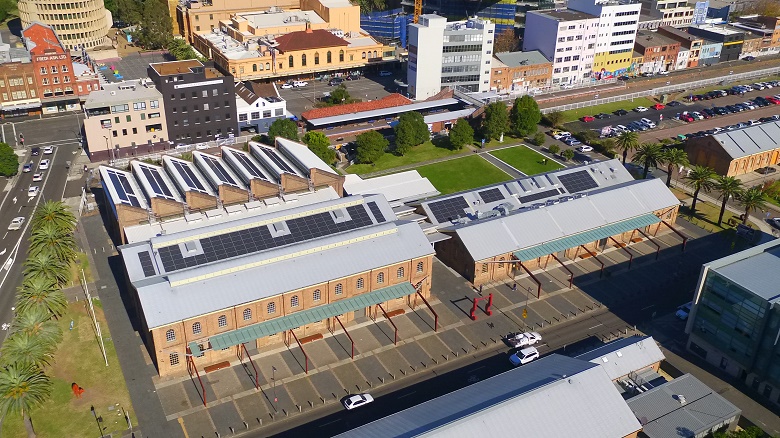 “Newcastle Museum, as a key cultural facility and tourist attraction, was a prime site for an energy efficient upgrade, which is helping the council save money on electricity bills, reducing ongoing operational costs for this heritage site,” says Newcastle Lord Mayor Nuatali Nelmes.

City of Newcastle has also undertaken energy-efficiency upgrades at social, cultural and recreational facilities, as well as council operational buildings.

“We’re also undertaking significant street lighting upgrades for energy savings powering towards council’s goal to have 30 per cent of its electricity generated from low-carbon sources by 2020,” said Ms Nelmes.

Last week the council’s efforts were recognised at the inaugural Cities Power Partner Summit Awards when it picked up the Energy Efficiency Achievement award for the Newcastle Museum project.

The awards were hosted by the Cities Power Partnership, which is an initiative to support local government efforts on climate change.

Alix Pearce, director of the Cities Power Partnership, said that the range of climate solutions coming out of Australia’s councils was staggering.

“The local climate solutions on display at these awards are tangible proof that Australian communities are rising up to meet the challenges of climate change,” she said.

The ACT Government, which won the Sustainable Transport Achievement award, said it was on track to meet its progressive targets of 100 per cent renewable energy by 2020 and zero net emissions by 2045.

“Implementing the ACT’s Transition to Zero Emissions Vehicles Action Plan 2018-21 will play an important part in continuing to meet these reduction targets and help to ensure Canberra remains a sustainable and liveable city,” said Shane Rattenbury, ACT Minister for Climate Change and Sustainability.

Mr Rattenbury said the awards underlined the action many cities and councils across Australia are taking on climate change.

“By joining forces and celebrating successes, councils are stepping up to meet the climate challenge in absence of ambitious national action,” he said.

Last month a report from the Climate Council argued that local governments could tackle transport pollution, through low emissions fleets and better cycling and walking infrastructure.