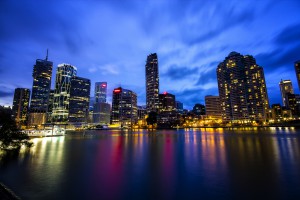 The Queensland Labor Government has appointed new Directors-General to the departments of Tourism and Energy.

The have been appointed on the recommendation of an independent panel continuing the merit-based recruitment process that Premier Annastacia Palaszczuk has introduced to the state’s public service.

New Director-General of the Department of Tourism, Major Events, Small Business and Commonwealth Games is Megan Houghton. The Department of Energy and Water Supply is now headed by Professor Paul Simshauser.

“The new Directors-General together bring a combined 40 years’ experience to the roles, including in senior executive and management positions, across a number of industries, and in the private and public sectors,” Ms Palaszczuk said.

The selection process for the remaining eight D-G positions is continuing and is expected to be completed “shortly.”

Ms Houghton moves into the Tourism after being Chief Executive of Brisbane City Council’s CitySmart. She is Chair of Unity Water and of its Sustainability Committee. She is also non-executive Director at Urbis and has held senior executive roles with PricewaterhouseCoopers, Energex and United Energy. She was ‘Queensland Telstra Business Woman of the Year’ in 2010.

New Energy head Professor Simshauser was most recently Chief Economist and Group Head of Corporate Affairs with AGL Energy, where he was responsible for economics and energy policy, energy regulation and sustainability. He has also held senior executive positions at Stanwell Corporation, NewGen Power and Babcock and Brown.