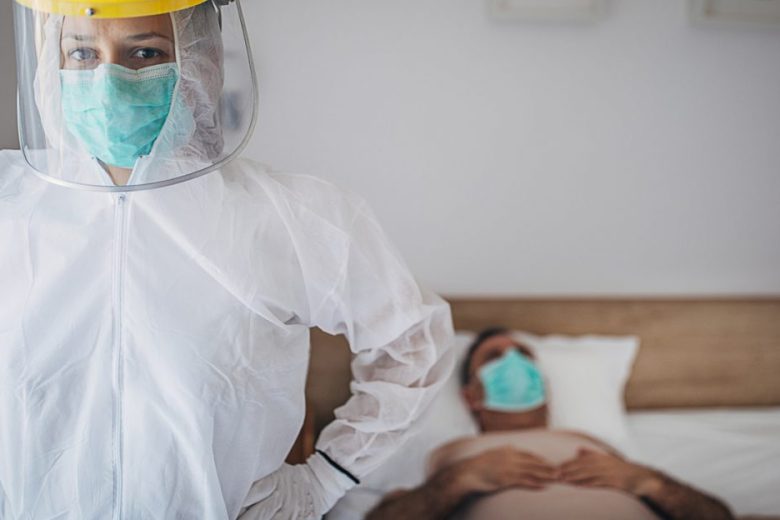 The ADF support teams will include a registered nurse, medical technicians and general support personnel.

Teams of Australian Defence Force personnel will be placed on 24 hours’ notice to help struggling aged care homes but the PM has stressed the ADF isn’t “a surrogate workforce”.

“The idea the defence forces could simply come in and fill that gap is just not realistic,” said Mr Morrison.

Mr Morrisons says the ADF will provide “targeted support in extreme situations” but it’s not feasible for military personnel to operate as de-facto aged care workers.

According to the Department of Health, up to 50 personnel will be made available in NSW, Victoria, Queensland and South Australia from Wednesday February 9.

The ADF is on standby to expand this commitment to up to 200 personnel in each state and territory, or up to 1,700 personnel if required.

Fifteen military planners will liaise with the department to help administer the roll out.

The ADF support teams will include a registered nurse, medical technicians and general support personnel.

.“When we’re looking at an aged care facility you need more than people who are effectively trained to do operational military work.”

The Government’s deployment of the ADF follows a plea for help from the Australian Nursing and Midwifery Federation.

“The Government’s current workforce surge plans are inadequate and too low in their roll out,” said assistant ANMF federal secretary Lori-Anne Sharp in a statement last month. “It’s why the ANMF, other unions and aged care providers have issued a SOS to the Prime Minister to deploy the Australian Defence Force to provide emergency support and assistance at nursing homes across the country.”

The Australian Aged Care Collaboration has also been calling on the Commonwealth to provide military support following reports from providers that up to a quarter of shifts have been left vacant due to workforce furloughs.

It welcomed the Prime Minister’s announcement. “While the decision won’t alleviate all of the challenges currently faced by the aged care providers, it will make a practical difference on the ground,” it said in a statement.

“Namely, that we need more staff, we need them better skilled and qualified, and we need them appropriately paid.” Secondly, added Mr Rooney, “we need to ensure that the aged care providers are resourced with all necessary means to prevent outbreaks, but also so they can respond effectively in the event of an outbreak”.