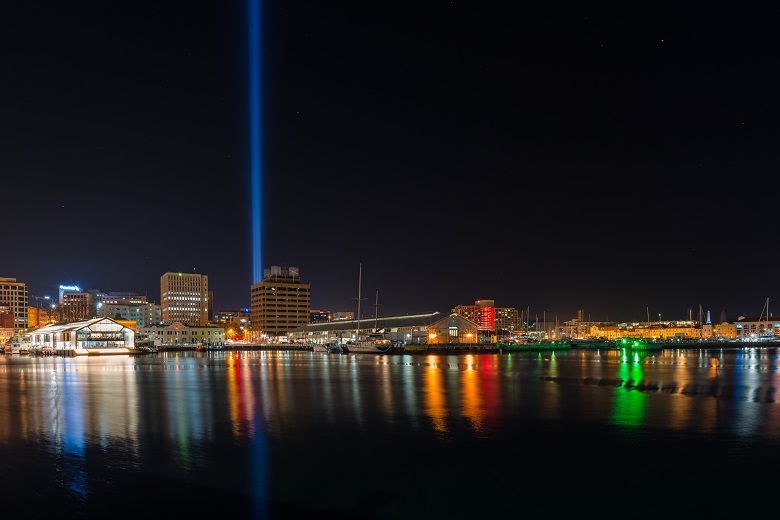 The Place Branding Australia conference will be held in the home of Dark Mofo this year.

World leaders in Place Branding, including the head of the innovative Brand Tasmania initiative, will head the line-up at this year’s Place Branding Australia 2020 conference.

Themed Place Identity Resilience, this year’s event builds on the insights and feedback from last year’s successful debut event, which explored the meaning of place branding and looked at how communities around Australia and the world are using their personal ‘brands’ to turn heritage and identity into a competitive edge.

Event organiser Stu Speirs says it’s fitting that PB2020 will be held in Hobart, which he believes has taken place branding to the next level under the guidance of Brand Tasmania CEO and keynote speaker Todd Babiak.

“Todd is one of the leading thinkers globally in this space and he’s executing what would be considered one of the most cutting-edge place branding projects in the world.

“The Tasmania.com.au website is the best example of place branding that I’ve seen in recent times, and that’s what Todd will be speaking about.”

There’s also a nice synchronicity in the event coinciding with final week of the hugely popular Dark Mofo arts and music festival – one of the world’s leading place branding initiatives in itself, Speirs says.

“The way in which Dark Mofo, and more broadly MONA, has contributed to the shifting of the brand of Hobart and Tasmania more widely is one of the leading cases studies of place branding in action.

“That makes it the perfect backdrop for the conference this year.”

Those interested in learning about the evolution of Dark Mofo from niche underground festival to an internationally recognised event will be able to learn how it helped turn Hobart into the Capital of Cool during one of PB2020’s headline sessions.

Another theme in this year’s conference is the role of Place Branding in disaster recovery, following the bushfires and floods that have devastated communities over the new year.

Marysville, a Victorian town in Murrindindi Shire that was virtually wiped out in the Black Saturday bushfires of 2009, will feature as a case study at the conference.

“They had some really interesting initiatives, and they had to work on what was ultimately a very small budget and did some really innovative things that delivered some fantastic results for them,” Speirs says.

“When communities have a really strong sense of collective identity, they’re in a position to be much more resilient in the face of challenges like a natural disaster.”

Although the word ‘brand’ is usually associated with a physical logo or an actual brand, place branding isn’t about that.

Place Branding Australia’s working definition of place branding is ‘the process of defining a place’s product and telling the world about it’.

At heart, it’s an exercise in collective self-awareness, and this has implications for any community whether is bouncing back from adversity or turning a cultural asset into gold.

“Place branding these days is not producing a brand as we know it, it’s producing a set of communications that allows residents of a certain place to understand themselves better,” Speirs says.