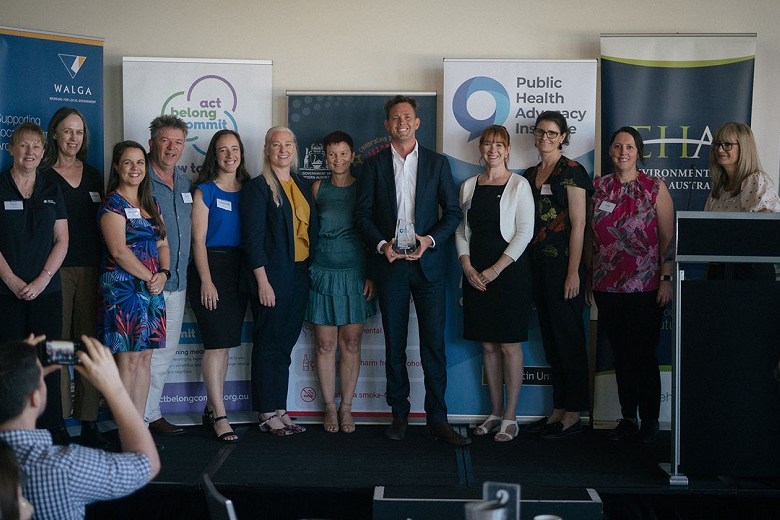 The City of Mandurah has been recognised for its work on mental health and wellbeing for its community.

It was the Overall Metro winner at last week’s 2021 Local Government Policy Awards, which were hosted by the Public Health Advocacy Institute of Western Australia.

Now in its 11th year, the awards promote and celebrate local governments that demonstrate outstanding commitment to the health of children and youth.

The City won two out of the eight categories it entered in – Mental Health and Wellbeing and Creating Healthy Environment – and also received commendations in three other categories.

“These awards are received on behalf of the many City officers, community volunteers and young leaders working hard to make sure we’re creating a happy, healthy and connected community for our local young people,” he told Government News.

The Mental Health and Wellbeing award was awarded to Council for its Thrive Young Women’s Program, which started in 2003 as collaboration between City and Peel Youth Services to provide a safe environment for young women between the ages of 11 and 15.

“These awards are received on behalf of the many City officers, community volunteers and young leaders.” – Mayor Rhys Williams

The Creating Healthy Environment award recognises Council’s Advertising in Road Reserves Policy, which was developed this year to restrict images of alcohol, junk food and tobacco being advertised in road reserves near schools, bus stops and other children’s settings.

“This important health initiative is one of the first of its kind in Australia for Local Government, and demonstrates our commitment to be innovative and forward thinking in our approach to public health policy,” Mr Williams said.

Council was also the joint winner of the Trailblazer’s Award, which recognises innovation in tackling complex public health issues.

Shire of Halls Creek was the other winner of this award.

“This important health initiative is one of the first of its kind in Australia for Local Government.” – Mayor Rhys Williams

The Mandurah Youth Advisory Group was created in 2020 to give Mandurah’s young people a stronger voice on local projects and issues.

The group provides important information, feedback and ideas to Council and have already had input into several key projects, including the design of the Western Foreshore and Falcon skate parks.

“Our Youth Advisory Group continues to play such a vital role in providing leadership and input to Council decision-making and I thank the members for their ongoing dedication to ensuring the views and voices of our young people are recognised, heard and valued,” Mr Williams said.

The strategy has four key areas, including Local Spaces and Places, Learning and Working, Connection and Wellbeing, and Leading and Creating.

“The new strategy aims for all young people in Mandurah to feel connected with and proud of their community; a place where they can participate and belong,” Mr Williams said.

Main image provided by the City of Mandurah.