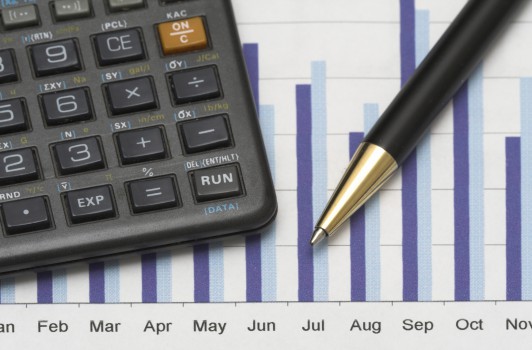 The Abbott government has conspicuously excluded its election promise to cut public service staffing costs by $5.2 billion through the elimination of 12,000 positions from its Mid-Year Economic and Financial Outlook (MYEFO), listing estimates for the jobs cull as “not for publication” in the statement.

In a bleak snapshot that now forecasts a deficit $123 billion over the four year forward estimates, details of the actual savings and costs of reducing public service numbers through both the Coalition’s and Labor’s policies have remained elusive ahead of the National Commission of Audit.

The big problem the Commission of Audit will have to sort out is how the extent of unfunded redundancy payouts under Labor’s dreaded efficiency dividend will feed into – or erode – the Coalition’s $5.2 billion in promised savings.

Labor’s efficiency dividend has been officially estimated to require up to 14,500 forced or voluntary redundancies for agencies to meet their previous budgets, a figure that has cruelled any chance of the Coalition’s target of 12,000 which originally was promised only to be achieved through ‘natural attrition’.

“The financial implications of the Government’s election commitments are fully incorporated in this MYEFO, with the exception of the commitment to reduce the headcount of the Australian Public Service (APS) by 12,000,” the MYEFO statement said.

“This commitment will be reviewed in light of the findings of the National Commission of Audit. The Government remains committed to streamlining the public sector in the context of the expected headcount reduction implicit in the former Government’s efficiency dividends and associated measures.”

MYEFO’s Fiscal Outlook section also tellingly contains a laundry list of “other legacy issues where additional costs have been incurred” and attributed to “legacy issues from the former Government.”

That section reveals that efficiency dividend redundancy payouts have now been included in “provisioning in the Contingency Reserve for the unfunded redundancies associated with the reduction of 14,473 APS staff implicit in the former Government’s policy settings ” – a move that similarly avoids any immediate specific cost attribution.

The Community and Public Sector Union (CPSU) has hit out at the lack of information over APS jobs in MYEFO, demanding that Mr Abbott “come clean on the full extent of the cuts to jobs and services that he plans to make. “

The union claims that the lack of detail has “opened up the possibility” that Mr Abbott will now go “beyond his election commitment to limit public service job cuts to 12,000.”

“First 12,000 was going to be the ceiling then it started alleging Labor had a ‘secret’ plan to get rid of another 14,500 public servants – so the real job losses could be as high as 26,500,” said CPSU National Secretary Nadine Flood.

“Cutting up to 26,500 jobs would literally decimate the public sector and inflict untold damage on services and the economy,” Ms Flood said.