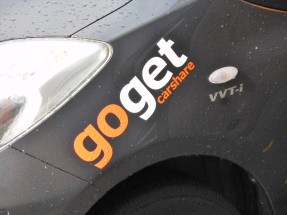 The days of the New South Wales government’s state-owned $250 million-a-year car pool – and the jobs of dozens of fleet managers – look numbered after Minister for Finance, Services and Property Dominic Perrottet revealed he has called for firm proposals from vehicle leasing and management providers.

The move to procure cars as a service rather than an asset by the freshly re-elected Baird government comes as the state’s Finance Minister sets in motion a second tranche of purchasing reforms that are anticipated to not only push down fleet numbers but also the cost of public service jobs to manage the 25,000 car garage.

The economy drive, which will directly hit government fleet provider StateFleet, is a fundamental shift away from securing big buy price discounts from manufacturer and dealers for bulk purchasing towards shorter-term, demand-driven services that widens options for the public service.

“The government is inviting potential suppliers to provide detailed proposals on a range of fleet supply models. These include the separate or bundled provision of leasing and fleet management services and both panel or single supplier models,” Mr Perrottet said.

Vehicle leasing has been a staple capital management tool among profit-driven corporations because it allows expenditure on cars to be treated as an operating expense (opex) rather than as an asset that is purchased and then depreciated.

However the market for big fleet services companies and lessors has been dampened over recent years because a combination of low interest rates and falling car prices have made outright purchase and disposal a far more attractive option than it used to be.

Getting value out of the state’s car pool in NSW has been a major focus over the last four years as successive ministers and senior bureaucrats questioned the actual level of use of passenger cars and light commercial vehicles like vans and utes.

Capacity utilisation – or the amount of time a vehicle spends on the road versus in a car park or garage – has been a bugbear for government asset managers for years, not least because commercial fleet users clock up far higher number of kilometres per vehicle dollar spent than agencies which routinely offload low mileage cars onto the second hand market as their warranties come up to expiry.

It is understood that capacity optimisation will be a core focus for vehicle procurement in the future with car-sharing and car-rental to be put squarely in the mix for ad-hoc public service vehicle use.

Mr Perrottet has previously shown he is not afraid to cut against the grain of the powerful vehicle and roads lobbies if it means lower costs and better efficiency and value for taxpayers’ money.

In October 2014, Mr Perrottet launched a trial of car-sharing services including GoGet in the Office of Finance and Services despite the vehicle on-demand schemes often being persistently derided by talkback and tabloid media as an anti-car indulgence of Greens-voting, latte-sipping, inner-urban hipster elites.

The car-sharing trial was bookended by the revelation that annual savings of around $14 million had been extracted following a review into fleet efficiency across Government.

A number of industry sources eyeing off the new leasing and fleet management contracts believe that a very big part of what the government wants to see are offers that provide reams of hard data in terms of who uses cars, how much they use them and what they use them for, as well as where public servants go and how they drive.

They cautioned that optimising fleet usage should not be viewed as purely an exercise in reducing car ownership numbers, although this was a factor. Rather it was about ensuring that there were always cars available when they were needed.

A combination of car-sharing, leasing, rental – and if necessary ownership – actually had the potential to increase vehicle use in departments like health, community services, education and other agencies that had a large component of field work, the prospective service provider, who didn’t want to be named during a live procurement process, said.

A big attraction for using car-sharing services is that they provide instant access to vehicles because of remote key management systems that at the moment work off smartcards.

Those smartcards are soon likely to be at least in part replaced by smartphones with the same embedded chips to provide short-range wireless capabilities negating the need to use physical key cupboards.

A reduction in government cars sitting idle could also produce a property windfall in terms of car parking spaces which the government could either realise a saving on, or sell back into the market.