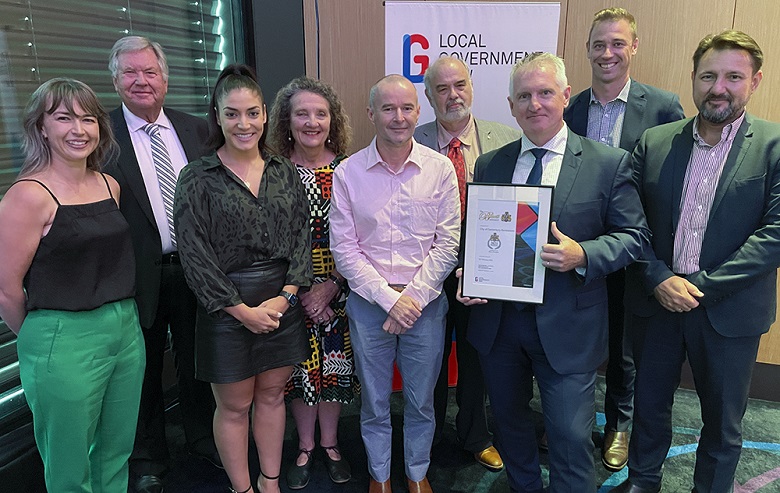 City of Canterbury Bankstown has been recognised as one of the most progressive councils in NSW by the state’s peak local government body.

It was announced last week as the 2021 Metropolitan winner of the AR Bluett Memorial Award, the state’s oldest and most prestigious local government award.

The Rural category was taken out by Blayney Shire Council, with applications received from 14 councils for the award.

Awarded annually since 1945, it commemorates Albert Robert Bluett, who served as the Secretary and Solicitor to the Local Government and Shires Associations of NSW for 30 years.

LGNSW President Darriea Turley said in a statement that the trustees of the awards have always had a challenging task of choosing winners.

“The awards recognise excellence and relative progress by councils – which is something that all councils should strive towards.”

City of Canterbury Bankstown General Manager Matthew Stewart said the award comes off the back of years of hard work.

“While the award recognises Canterbury-Bankstown as the most progressive council of 2021, it has come from the culmination of hard work and tough decision-making over many years,” he told Government News.

“To win by being progressive and achieving so much, while also responding to the pandemic in one of the worst hit areas, is something we are truly proud of.”

“Canterbury-Bankstown City Council is a remarkable council with its motto, ‘a council working hard and smart’, delivering innovative programs whilst its community withstood high bouts of both Delta and Omicron COVID,” he said in a statement.

Mr Stewart said it was Council’s resilience that enabled it to thrive during last year’s lockdowns.

“We didn’t let the fact that we were an LGA of concern hinder our progress.

“In fact, we embraced these challenges by using innovation, collaboration, courage, determination and tenacity.

“We reacted proactively, putting the community first, and devising innovative, creative and transferrable solutions to unpredictable and extraordinary events.”

“(This award) has come from the culmination of hard work and tough decision-making over many years.”

Council had a two-fold response to the pandemic, including its CBCity Cares Relief Package, which supported residents and businesses, and the Respond-Recover-Thrive campaign, which focused on the wellbeing of Council staff during the pandemic.

Other projects include Closing the Loop on Waste, which used artificial intelligence and machine learning to detect waste contamination to improve waste management.

Currently, the council is undergoing a major transformation to prepare for the arrival of the Sydney Metro, which includes the construction of the Western Sydney University Bankstown campus and the revitalisation of Paul Keating Park.

This article was updated on March 10th.