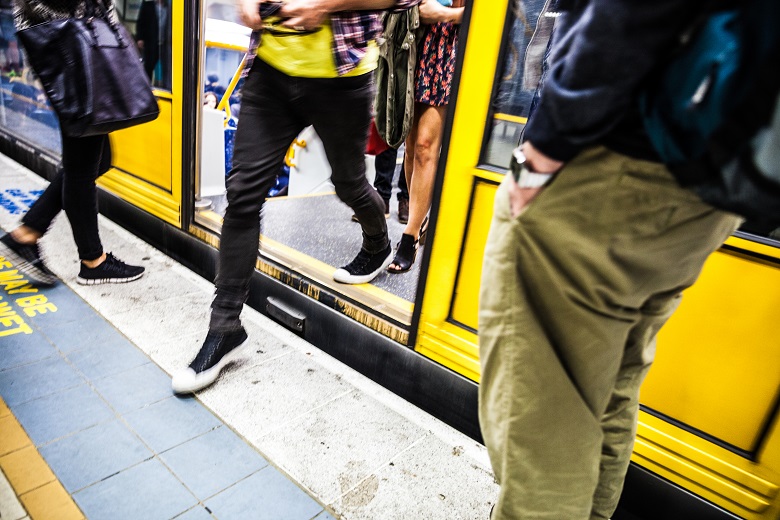 A union says a design flaw in Sydney's new InterCity fleet could put commuters at risk.

A design flaw on Sydney’s $2.43 million high-tech Korean-designed intercity train fleet could be putting the lives of Sydney commuters at risk, the transport union says.

The government says the trains which boast “enhanced safety features” will provide “a new level of comfort and convenience” for thousands of customers who travel between Sydney and the Central Coast and Newcastle, the Blue Mountains, and the South Coast and denies there is anything wrong with the design.

But the Rail, Tram and Bus Union (RTBU) says the government mustn’t allow the roll-out of the new InterCity Fleet trains, which were originally scheduled to come into service at the end of the year, until the problem is fixed.

The government has already delayed the introduction of the fleet until late 2020, with Transport Minister Andrew Constance on Monday citing “ongoing industrial issues in relation to the design of the train”.

“My expectation is we’ll see a train arrive later this year. We’re just getting on with the job and at the same time expect Transport for NSW and union can work through the issues. No one is rushing the testing or commissioning of any train and that is my expectation. I don’t care if takes a bit longer, it’s got to be done with safety first,” he told reporters.

They say concerns were first raised about the design of the 55 new trains last month, when transport workers noticed a glitch which hampers train guards’ ability to see passengers embarking and disembarking from the platform.

The issue means that train guards can’t open their door to monitor commuters during the 15 second period before the train departure, placing passengers at increased risk of serious incidents such as falling in the gap between the train and the platform, the RTBU warns.

“We have experienced workers telling Transport for NSW that the New InterCity Fleet design is incredibly unsafe, but for some reason they don’t seem to be interested in listening,” NSW Secretary, Alex Claassens said.

“If the trains arrive in Australia in their current form – late or otherwise – people’s lives will be put at risk.”

‘Let my accident be a warning,’ says man dragged 200m by train

Another person calling attention to the claimed design fault is 2018 Blind Australian of the Year, Martin Stewart, who fell between a train and a platform in Melbourne in 2002 when boarding a train without guards, resulting in him being dragged 200 meters and losing his arm, leg and part of his ear.

The accident occurred in the 15-second-period before the train departed.

“Unless the design fault with these trains is rectified, there’s no doubt we’ll see accidents like mine here in NSW,” Mr Stewart said.

“Let my accident be a warning – we can’t afford not to allow guards to conduct their safety critical role on NSW trains.”

The flaw has prompted calls for the roll out of the fleet, which boasts “enhanced safety” features to be delayed until the issue is fixed.

Mr Claassens said in their current form the trains are not fit for public use.

“We’d rather see these trains turn up even later and be safe, rather than have them rushed to Australia in their current, unsafe form.

“A design fault in the New InterCity Fleet means they’re simple not safe. Train guards are unable to properly monitor passengers in the vital moments before the train leaves the platform. It needs to be changed, or we risk serious injuries – or worse – on the network.

But a spokesperson from Transport for NSW said that there is no safety flaw on the new fleet, telling Government News that new technology allows guards to use CCTV during the train’s departure, removing the need for them to lean out of the door of the moving train to inspect the platform.

“CCTV cameras offer guards full visibility of the entire length of the train, even on curved platforms and in bad weather. This provides a more contemporary method for monitoring train platforms,” the spokesperson said.

“The safety of our customers and staff has been paramount in the design of these trains and new technology gives us the opportunity to improve how we safely operate the train and provide customer service.”