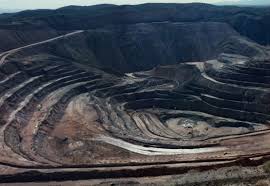 The announcement by the Federal Government that the giant Chinese-owned Shenhua Watermark coal mine in northern NSW will go ahead has exacerbated tensions with the Coalition and between tiers of government.

The lush Liverpool Plains south west of Tamworth comprise some of the best farming land in Australia. They also sit atop massive amounts of coal. Tensions between miners and farmers have been building for some time, and have now reached fever pitch with the mine’s approval by Environment Minister Greg Hunt.

Deputy leader of the National Party and member for the New England electorate, where the mine will be located, is Barnaby Joyce. He has come out against the mine, in a clear breach of cabinet solidarity. He tweeted that it is a sign of a “world gone mad,” a comment indicative of increasing opposition to mining from his rural constituency.

“I’ve never supported the Shenhua mine,” said Mr Joyce. “I think it is ridiculous that you would have a major mine in the midst of Australia’s best agricultural land. I’ve done everything in my power to try and stop the mine. We brought about further investigations, and we had an independent expert scientific review.”

The National Party is especially sensitive to mining issues – at the recent NSW state election it lost the North Coast seat of Ballina, and almost the adjacent seat of Lismore, to the Greens after controversy over coal seam gas mining in the area.

The controversy has stirred Tony Windsor, the former independent member for New England and strident critic of the National Party, to publicly speculate that he may attempt to re-enter politics over the issue. Windsor controversially kept the Gillard government in power by siding, along with fellow independent Rob Oakeshott, with the ALP in the last parliament.

Mr Windsor told ABC radio that he had been reconsidering standing again for some time and “the decision on the Liverpool Plains was definitely a tick in the box on reconsidering re-entering the fray in terms of politics.” He said Mr Joyce was confecting concern at the decision.

“He’s been right in the middle of this. There are a lot of factors in this Chinese government-owned mine, the free trade arrangements that have been going on. Quite obviously he has to be seen to be outraged about all of this. He hasn’t done his best and the people know. They know that he hasn’t gone out and really worked on this issue.”

The NSW state government has made no statement since the mine was announced, but it has supported other coal mines in the area, as did the former ALP government. Opposing the mine are strange bedfellows the Greens and local farmers and councils.

Gunnedah Shire Council mayor Owen Hasler has not come out against the mine but has been vocal about the necessity of an air monitoring system in the region to ensure mines do not cause pollution. But many farming and community groups in the area are strongly opposed to any mining on or near farmland.

Industry body NSW Farmers has strongly criticised the mine. “It is outrageous that on the same day the government launched the Agricultural White Paper and talked up the importance of the industry to the national economy, the Environment Minister was approving a mine that will disturb an area of over 4000 football fields in size, in the middle of some of Australia’s best farming country,” Fiona Simson said:

“The Prime Minister said at the white paper launch that government would never allow an extractive industry project to go ahead where it would threaten the long term viability of our agricultural sector.

“This notion is completely at odds with an open-cut coal mine being built in some of our best food producing land that sits over the top of some of our most important agricultural water resources.

“Our members and the local community are more than disappointed – they are devastated over the lack of political will to protect this area. The Liverpool Plains produces about 40 per cent more than the national average of food per hectare and is the highest contributor to agriculture value in NSW.

One thought on “New NSW mine exposes political fault lines”