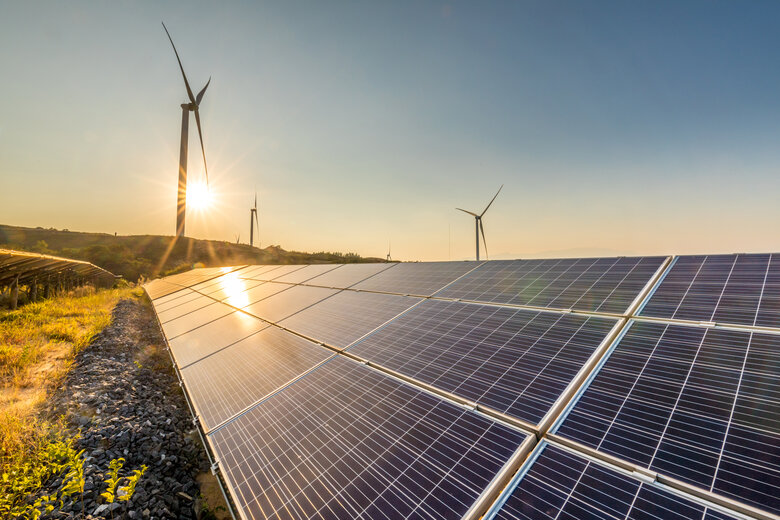 The rapid growth in solar and wind generation capacity suggests that a genuine energy transition is underway, a report says.

Australia’s energy emissions have decreased dramatically over the last ten years as the nation transitions to wind and solar power, an audit shows.

The National Energy Emissions Audit released by the Australia Institute this month says emissions in 2019-20 were 25 per cent lower since their peak level in 2008.

“Almost two thirds of the total reduction in emissions intensity is due to the changing mix of generation, away from coal and towards wind and solar,” the report says.

“…The rapid growth in solar and wind generation capacity does suggest that a genuine transition is now underway.”

It also shows electricity use has decreased thanks to improved efficiency, changed behaviour and the end of some electricity-intensive activities including the shutdown of aluminium smelters.

This report says Victoria and South Australia are leading Australia’s transition to renewables, with renewable energy capacity at 33 per cent, almost twice that of Queensland and NSW.

It says while coal capacity in Queensland has been falling longer and faster than NSW, coal generation capacity in NSW could approach 50 per cent by April 22 when the Liddell power station is due to close.

“Coal plant closures should be timed with investment in new renewable capacity to avoid a surge in wholesale prices as followed the closure of Hazelwood,” the report says.

The Hazelwood station, in Victoria, was decommissioned in 2017.

The report’s author Hugh Saddler, Honorary Associate Professor of Public Policy at the ANU, says the audit shows that all state governments are prepared to support and encourage the transition away from fossil fuel- generated electricity towards zero emission renewable-generated power.

But he says they are being hamstrung by the Commonwealth “which to some extent you might say is trying to block it”.

There’s not enough of the right infrastructure at the right locations to operate the system with a very, very different type of electricity generation.

He says the restructure of the power transmission system, to accommodate new renewable forms of power, is lagging behind the transition to renewables.

As a result, some renewable energy projects, notably in western Victoria, have struggled to connect to the grid.

“That goes back to a failure in leadership at the national level but it’s also a severe deficiency of the whole structure of the national electricity rules that they don’t really allow for, don’t recognise, the system-wide nature of the grid,” he told Government News.

“What that means is that there’s not enough of the right infrastructure at the right locations to operate the system with a very, very different type of electricity generation.”

He says the need to invest in the right kind of infrastructure was highlighted the Energy Market Operator Integrated System Plan.

Dr Saddler says while South Australia was leading the nation in the renewables race, NSW was doing well in terms of its focus on Renewable Energy Zones, which he considers an important part of planning for infrastructure.

He also stresses the need for government policy to transition away from a reliance on gas, particularly in the residential and commercial sectors, which he says is “going 180 degrees in the wrong direction”.

“It’s an industry on the way out,” Dr Saddler said.

“The gas distribution industry is fighting tooth and nail to try and preserve it, but it’s a declining industry.

“It would be absolutely crazy for the government to fund new pipelines because they’ll be stranded assets.”