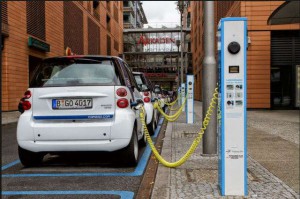 Engines are revving in the government fleet management market after ASX-listed provider SG Fleet swooped on smaller privately held and Melbourne based novated leasing group NLC, in a $200 million transaction.

The friendly acquisition significantly bolsters SG Fleet’s presence in the novated vehicle leasing market at a time when fleet finance, leasing and management companies look to accelerate growth in a market where vehicle usage trends and technology are changing quickly.

SG Fleet has historically had a roughly even split between its government and private sector customer base since it first listed, although the company now keeps exact numbers firmly under wraps.

The company was known from 2000 to 2004 as Commonwealth Fleet Lease thanks to its ownership by the formerly government-owned Commonwealth Bank prior to listing on the ASX.

The latest buyout by SG Fleet is being pitched to investors as a neat and complementary fit for both companies the “supports multiple growth objectives”.

Although recent and forthcoming changes to individual government vehicle procurement and packaging contracts aren’t likely to dent the overall fleet and leasing markets, there are still major market-wide shifts occurring that are likely to influence purchasing and procurement decisions across public and private sectors.

One of those is the shift to an “as-a-service” vehicle procurement and fleet management model to free-up capital on state government balance sheets and prosecute far more efficient capacity utilisation.

The New South Wales government under Finance, Property and Services Minister Dominic Perrottet has already indicated its shift away from owning cars to leasing them. That shift, estimated to free-up around $1 billion, is likely to catch the eye of Canberra and where a reset of the now redundant Buy Australian mandate is looming as manufacturers up stumps.

A major differentiator for fleet leasing and management companies over outright government ownership is that they can deliver technology – like data around vehicle usage, driver profiling, and occupational health and safety solutions – to clients as a customisable, integrated turnkey solution rather than agencies having to develop or buy products themselves.

A recent SG Fleet presentation at a Morgan Stanley investor day doesn’t pull any punches when setting out the company’s tech strategy.

“Demand for higher value-add and greater complexity of solutions make technological leadership a prerequisite,” the document says, adding that all of the development of the company’s proprietary online and app based solutions are completed in Sydney.

It also foreshadows out major changes ahead to vehicle usage in a trend it calls “Mobility On-demand” and notes that an “increasing rate of technological advancement leads to fundamental rethink of how we use a vehicle.”

The presentation also points to “hybrid / electric vehicles with in-car telematics and says the “availability of ultra-detailed travel and transport information will allow for pooling / sharing and interaction with other modes of transport in a changing cityscape.”

That market is already moving after Clean Energy Finance Corporation last week inked a $50 million interest subsidy deal with fleet financer and provider Eclipx to get more low emissions car on the road.

Also on the dashboard is “channelling massive amount of telematics data into productive use” so that customers get the most “efficient management and allocation of the transport asset, driver and passenger safety.”

SG Fleet reckons it’s in a prime position to milk such trends having built a substantial suite of mobile, app and data solutions that it says it’s continuously evolving.

No mention of driverless cars … yet.