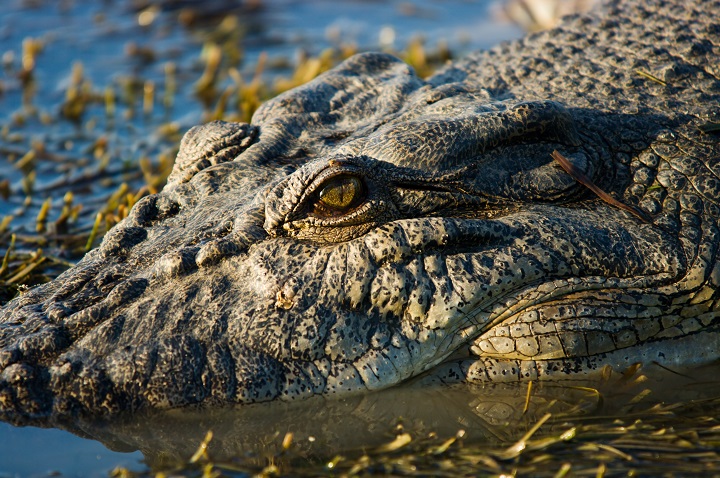 Torres Shire officers will soon have access to a purpose-built croc-catching boat thanks to a Qld government grant.

Ever get bored of your job? That’s never an issue for the employees of the Torres Shire Council who are charged with protecting islanders from dangerous crocodiles.

Crocodile attacks are not unusual in the waters in the Torres Strait.

In 2018, a three-metre crocodile was shot and killed after attacking a spear fisherman who was diving off Nagir Island at the tip of the Cape York Peninsula.

“This is a high-risk area,” Ms Yorkston said.

“Safety is paramount to the council and it’s important to us to ensure that our staff are not only adequately trained to do their job but that they also follow safety procedures, such as making sure the work is done in daylight hours.”

Torres Shire Council has two local compliance officers who are both Indigenous employees.

“They are both local to the Shire and they have been trained into these roles, we have slowly and progressively capacity built over the last couple of years.”

Both compliance officers have a deep understanding of the layout of the landscape, she said.

“We have also been able to send them away to do training in Cairns with other local governments rangers. This way they could get hands-on experience on how to manage the crocodiles.”

On the brink of extinction 50 years ago and now protected, the population of Australian crocodiles has recovered to healthy levels.

In Australia, there are roughly seven attacks a year, with 25 per cent of those proving fatal.

“We find a trend where during the wet season or during the mating season that we do have higher numbers of sightings and recordings,” she said.

The Council’s compliance officers will soon have access to a purpose-built croc-catching boat thanks to a $177,000 grant from the Queensland Government.

“Council was extremely pleased with that outcome,” Ms Yorkston said.

“We had been lobbying for some time because of the high number of reporting and sightings that we’ve have of crocodiles close to where our residents live, work and play.”

The grant will also provide funding for the compliance officers to receive Queensland Parks and Wildlife Service training on how to capture crocodiles from a boat and how to deal with the reptiles safely after capture.

The compliance officers will also be trained in the safe and effective use of firearms.

“The Torres Strait Council already has special authority allowing it to capture and manage declared ‘problem crocodiles’ and this funding will strengthen their crocodile management,” she said.

“We are committed to protecting the safety of island communities while at the same time recognising that wildlife, such as crocodiles, are a vital part of our natural environment in Queensland.”