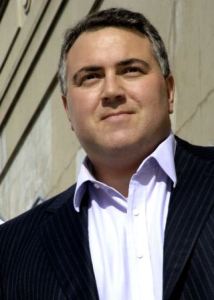 Deputy Leader of the Federal Opposition Julie Bishop has stepped down from the position of shadow treasurer , making way for fellow frontbencher Joe Hockey.

Hockey is the Coalition’s third shadow treasurer in 15 months.

Senator Helen Coonan will take up Hockey’s former role as spokesperson for finance, while Coonan’s foreign affairs portfolio will be passed to Bishop.

Former Leader of the Opposition Brendan Nelson has also announced his plans to quit politics, deciding that he will not run for re-election in his seat of Bradfield on the Sydney North Shore.