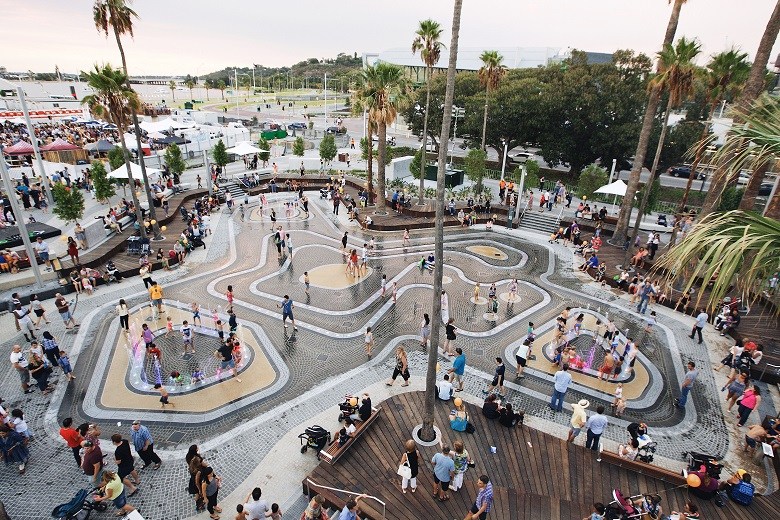 Some of the nation's finest council-led projects were showcased at the awards.

Seven government-led projects have been recognised at the 2019 Property Council of Australia awards, highlighting the role of local governments in fostering innovation in property development.

This year, 152 finalists competed for national recognition in 20 categories.

WA’s Metropolitan Redevelopment Authority took home the award for Government Leadership for Elizabeth Quay at the award evening in Sydney earlier this month.

Property Council chief executive Ken Morrison says the area has been transformed from an under-used riverside location to a thriving new precinct in Perth’s CBD.

“It planned and delivered new public realm, while working with private partners to develop eight lots surrounding the new Quay.

“The result is a vibrant new destination for people of Perth, attracting 16 million visitors, $320 million in land sales and $2.2 billion in private development proposals.”

From brutalism to bespoke

Victoria’s Barwon Water took home the award for Best Workplace Project for the upgrade of its office headquarters in Geelong.

Meanwhile, Development Victoria was presented with the award for Best Heritage Development for the $20 million restoration of St Kilda’s Palais Theatre.

Mr Morrison said the 72-residential community has opened up new opportunities for home ownership in a suburb dominated by a high proportion of renters.

“The hospital has reset our expectations for green healthcare in Australia and carefully balances environmental considerations like energy efficiency with people-centric design,” he said.

The Award for Diversity for companies with more than 250 employees went to NSW Land and Housing Corporation, which owns and manages a public housing portfolio of 130,000 properties.

“NSW Land and Housing Corporation is driving diversity through its own organisation – with women accounting for 38 per cent of senior managers – and ensuring that partners meet these expectations,” Mr Morrison said.

“Plan your Brisbane engaged more than 100,000 people in a conversation about the future of their city,” Mr Morrison said.