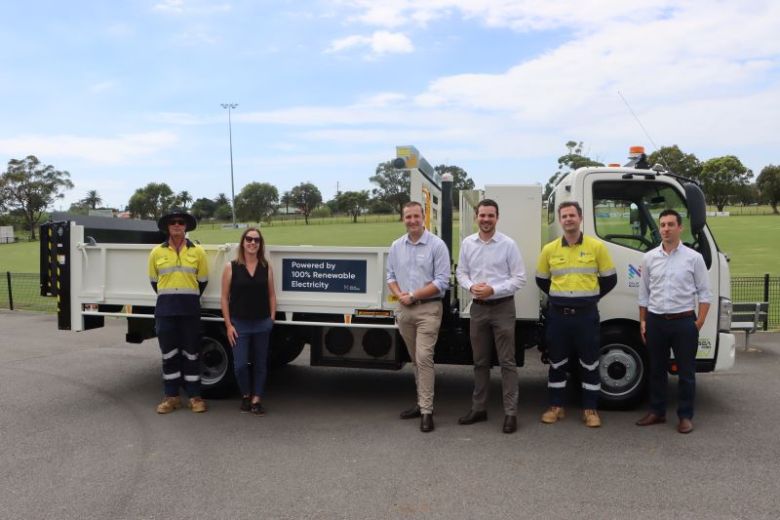 The launch of the electric truck is part of a broader sustainability strategy.

A NSW council is pushing forward with its transition to a zero emissions fleet with the unveiling of its first electric truck.

The City of Newcastle will be using a medium rigid Hino truck to replace a diesel vehicle currently being used by Council’s Parks and Recreation team.

Deputy Lord Mayor Declan Clausen said the launch of the electric truck is part of a broader sustainability strategy.

“City of Newcastle was the first council in NSW to shift to 100 per cent renewable energy in our operations, with our own solar farm at Summerhill and a power purchase agreement with the Sapphire Wind Farm,” he said in a statement.

“Fossil-based liquid fuels such as diesel and unleaded petrol in CN cars, trucks, waste fleet, plant and equipment account for more than 90 per cent of our remaining operational carbon emissions.”

The electric truck will reduce the council’s carbon emissions by more than 20 tonnes each year.

The City of Newcastle is working to deliver the adopted Climate Action Plan 2021-2025, which sets a roadmap for achieving emission reduction within council operations.

This includes the development of a Fleet Transition Plan to target zero emissions from vehicles for 100 per cent of the fleet by 2030.

Council will also help the community to transition to electric vehicles and continue developing the council-owned public electric vehicle charging network, which currently includes seven chargers across four sites with 11 charging bays, and additional sites are planned to be built this year.

The launch of the electric truck follows previous trials of electric vehicles within Council’s fleet, including the replacement of four pool cars with equivalent full electric passenger vehicles.

Council will be participating in the NSW Government’s recently announced Drive Electric NSW EV fleets incentive to support the transition of its passenger fleet.