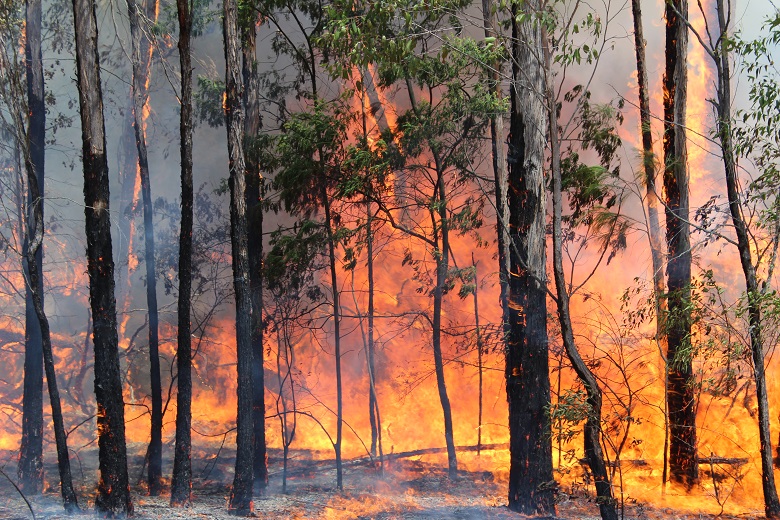 Floods and fire emergency manager Euan Ferguson will oversee the state government’s response to the bushfire emergency and work with councils to establish a new mid north coast recovery operation as firefighters continue to battle blazes across the state.

His role as Bushfire Recovery Coordinator will include supporting local recovery activities and ensuring coordination and equity across affected areas, the state government says.

“We know he will provide excellent support to all affected by this natural disaster. Our firefighters are still battling the blaze, under incredibly tough circumstances, to protect lives and property,” Minister for Emergency Services David Elliott said.

The state government is under fire for getting rid of the role of drought coordinator in the midst of the most severe drought on record.

Jock Laurie, a former National Farmers Federation President, was appointed less than a year ago to oversee the government’s drought response.

He said Mr Laurie had played an important role in helping to lead the immediate response to the drought on behalf of farmers and his contribution to regional NSW had been outstanding.

The Office of Drought Response will based in the Office of the Coordinator-General within the Department of Planning, Industry & Environment to provide “robust governance of drought related water and land use issues”, Mr Barilaro said.

Finance Deputy Secretary David Fredericks has been appointed to lead the Department of the Environment and Energy as its secretary.

Prior to taking on the new role he was also deputy secretary in the Attorney-General’s department.

Meanwhile former Treasury deputy secretary Simon Atkinson has been promoted to secretary at the Department of Infrastructure, Transport, Cities and Regional Development.

Mr Atkinson has held various senior roles in the infrastructure and regional portfolios throughout his career.

“I congratulate them both and look forward to working with them in their new roles,” Prime Minister Scott Morrison said.

Director of City Strategy and Place for the City of Melbourne Claire Ferres Miles, recognised in 2017 as one of Victoria’s ‘Top 50 Public Sector Women’, is taking on a new role at the helm of Sustainability Victoria.

In her new job as CEO, Ms Ferres Miles will lead the statutory authority’s climate and energy programs and work towards strengthening the state’s recycling sector.

The man leading ACT health’s ten-year digital transformation has been awarded an international Leadership Award by the GS1 Global Healthcare Provider Advisory Council for his leadership in digital data management over the past decade.

Peter O’Halloran is the former Chief Information Officer of the National Blood Authority, where he led a team responsible for the provision of ICT services across all Australian hospitals and designed and implemented traceability for blood products across Australia.

“This international recognition is absolutely well-deserved because every day we are benefiting from Peter’s expertise in the digital space, which means our broader ACT community is also getting the benefits,” ACT Health Director-General Michael De’Ath said.

Board changes at NBN

Kate McKenzie has been appointed to the Board of NBN Co Limited by the federal government for a term of three years, and will begin in December.

She is currently the Director of Allianz Australia and Stockland, and has extensive experience in telecommunications as the CEO of Chorus New Zealand and Chief Operations Officer of Telstra.

Ms McKenzie announced she was quitting her post at the NZ telecom infrastructure provider earlier this year after a drop in full-year profit.

Justin Milne and Patrick Flannigan will finish their terms on November 10.

First mayor to serve four times in one council term

Councillor Margaret O’Rourke has made history at City of Greater Bendigo Council after being re-elected a fourth time.

Her re-election has set a new record for the council, with Cr O’Rourke being the first person to serve in the role four times in one council term.

She says she will continue to work on updating Plan Greater Bendigo, which outlines a list of transformational projects to help the community progress and enhance liveability.

“It is such a privilege to serve in this role and I am so appreciative to again have this opportunity. It is an honour to be able to represent the community in this way,” Cr O’Rourke said.

Supporting her will be Councillor Matt Emond, who has been elected as Deputy Mayor.

New appointments to V/Line Corp Board

The Andrews Labor Government has announced the appointment of three new Directors to the V/Line Corporation Board, along with a second term for existing Director Rachel Thomson.

They will work together with Chief Executive Officer James Pinder towards V/Line’s goal of delivering a modern, high-performing railway and coach service and achieving cultural change within the organisation.

Former NSW MP Paul Whelan, the state’s longest serving police minister and the man credited with revolutionising the performance of NSW police, has died two years after being diagnosed with cancer.

Mr Whelan, an MP between 1976-2003, was appointed police minister in 1995 after holding the portfolios of Consumer Affairs, Roads, Water Resources, Forests, and Aboriginal Affairs.

During his time as police minister he had responsibility for implementing the recommendations of the Royal Commission on police corruption including establishing the Police Integrity Commission.