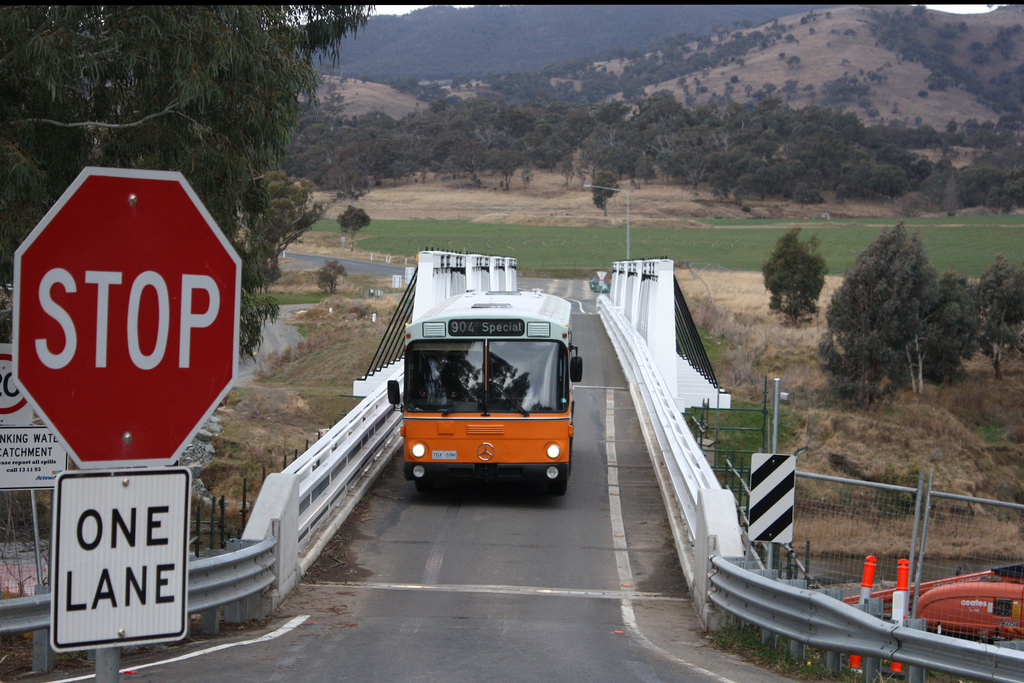 A federal government fund aimed at helping state, territory and local governments fix their ailing roads and bridges has been flooded with applications for cash.

The Department of Infrastructure and Regional Development has received 420 project applications from councils and state/territory governments desperate to revive their flagging infrastructure in the first round of the Bridges Renewal Program (BRP) and the fourth round of the Heavy Vehicle Safety and Productivity Program (HVSPP).

There is $300 million available under the BRP and $200 million under the HVSPP, which is spread over five years. Federal government is contributing up to half of the costs, local and state/territory governments the rest.

Although $500 million under the two funding streams might sound like a lot, it should be seen in the light of an Australian Local Government Association (ALGA) State of the Assets Report 2013, where local councils reported a staggering $11.64 billion worth of roads and bridges as being in poor or very poor condition.

This figure is almost certainly a significant underestimate because it is based on data from only 344 Australian local councils – 200 did not reply to the ALGA survey – and it does not include state and territory governments.

Most councils now have asset management plans in place because infrastructure is such a key spending area and councils need to monitor the condition of their assets and calculate their future expenditure and risk.

President of Local Government NSW Keith Rhoades said that NSW councils had been staggering under the weight of an infrastructure backlog for “many, many years”.

“Take council areas like Taree and Kyogle, they’ve had an issue for years because they have so many timber bridges. You’re simply hitting your head against the wall: as soon as you repair one another collapses,” Mr Rhoades said.

Mr Rhoades said the federal funding for roads and bridges was appreciated but it would be thinly spread, nationally.

“There will be some good work done everywhere but it’s going to take us a long time to get to a reasonable level. We’ve got communities that haven’t had access to their towns for one or two years (like Taree). People have to add another 30 or 40 kilometres to their journeys.”

He said councils had implemented dust sealing programs, where roads are sealed with bitumen as a temporary fix, to stretch their dollars further but they could only do so much.

The ALGA State of the Assets Report, prepared by Jeff Roorda and Associates, found that the nation’s bridges, particularly timber ones, were in a parlous state. Councils considered that $1.4 billion worth of concrete and timber bridges were in poor or very poor condition, with timber bridges accounting for $0.98 billion of the spending needed. It also found that councils estimated they were responsible for around $8.3 billion or 10.7 per cent of sealed roads that were in poor or very poor condition.

A Department of Infrastructure and Regional Development spokesperson said the federal government recognised the infrastructure challenge faced by councils and had devised “a range of measures” to help.

“In addition to the Australian Government’s commitment to maintain Roads to Recovery funding at the current level of $350 million per annum, the 2014 Budget announced that a further $350 million will be provided in 2015-16,” said the spokesperson.

“This brings total funding for the programme to $2.1 billion over the five years to 2018-19 and the additional funding in 2015-16 means that each council will receive the equivalent of one extra year’s Roads to Recovery funding.”

Decisions on successful projects will be made by the Minister for Infrastructure and Regional Development, Nationals MP Warren Truss.

“The BRP and HVSPP will take into account priority and readiness to proceed.  If a project is unsuccessful under the current rounds of BRP or HVSPP, other funding sources such as Roads to Recovery and Financial Assistance Grants can be considered by local councils, as well as own-source funding,” the spokesperson said.

The HVSPP funding is targeted at improving road networks and connections to freight networks. It also funds new and upgraded rest areas and de-coupling areas, technology enhancements and demonstration projects.

Funding under round three of the HVSPP went mainly to strengthening bridges and pavements, providing or upgrading parking bays, improving existing roadside rest areas and building new ones. It was also directed towards better infrastructure for heavy vehicle drivers transporting livestock, e.g. by providing new and upgraded stock ramps and road upgrades.

The first three rounds of the HVSPP provided $120 million in funding from 2008 to 2009 and round two of the Bridges Renewal Program will be announced in mid to late 2015.

Payments to all successful projects (including councils) are made through National Partnership Agreements to state/territory governments.

One thought on “Federal infrastructure fund inundated by cash-strapped councils”