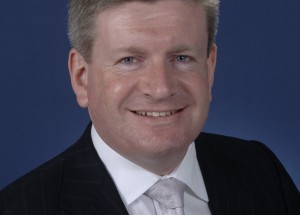 The Federal Government has axed a funding supplement paid to aged care providers for the care of people with severe symptoms of dementia following of a tenfold blow out in government expenditure.

Assistant Minister for Social Services Mitch Fifield said the $16 per day supplement, which has been in operation for less than a year, would cease on 31 July.
Senator Fifield said 2000 people in residential aged care were expected to be eligible for the additional funding but over 25, 000 residents ended up claiming it.

The Dementia and Severe Behaviours Supplement was introduced by the former government in August 2013 to help aged care providers meet the additional costs of providing complex dementia care and was budgeted at $11.7 million for the 2013-2014 financial year. However at June 30, the Department of Social Services said program costs had blown out to $110 million.

According to departmental projections, if current claiming patterns continued, in 10 years expenditure would hit $1.5 billion.

Senator Fifield said the funding program had been poorly designed and implemented by the former government and was an example of a program that did not undergo the necessary “rigorous policy design process” to ensure it kept within budget.

Shadow Minister for Ageing Shayne Neumann accused the government of using aged care residents with dementia as a political football and said the Labor government had developed the program in close consultation with the sector and the former Department of Health and Ageing.

On 5 June Acting Deputy Secretary of the Department of Social Services Carolyn Smith told a senate estimates hearing the prescribed assessment tool was not capturing the intended client group as effectively as had been expected.

“It was expected that one per cent of all residents would qualify for this supplement,” she said. “That was based on consultation with a range of clinical experts in this area. Instead, 15 per cent of residents are claiming it.

“We have talked to those same clinicians in the last couple of months to understand the patterns of claiming that we are seeing. They do not believe it is a reasonable conclusion that there can be 25,000 residents who have these very extreme behaviours.”

Ms Smith said there appeared to be multiple reasons for the over-subscription including problems with the original design of the supplement and the lack of a sufficient compliance regime to test the claims being made by service providers.

The Department of Social Services told sister publication Australian Ageing Agenda it was the former administration’s decision not to include a validation process and it declined to comment if it had advised the former government to include one in the original design.

Aged care industry peak bodies have criticised the government over its decision to abruptly terminate the supplement before conducting a review or consulting with the sector.

The department’s costings based on an estimate of 2000 eligible residents has also been described by service providers and clinicians as a “gross underestimation”.

Senator Fifield said he will consult with the sector on an alternative scheme that is “aligned to the original funding envelope.”

This article was originally published in Australian Ageing Agenda.