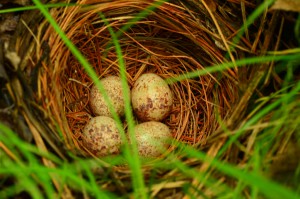 Public servants keen to catapult their agencies into the digital world will soon have a bespoke coaching clinic to sharpen-up their smarts after the Digital Transformation Office revealed it is setting up “digital delivery hub” in Canberra.

It is understood the new facility will focus on quickly upskilling those tasked with implementing the Turnbull government’s ambitious goal of getting around 80 per cent of customer facing government services and transactions online by 2017.

The move was announced via the DTO’s blog on Wednesday, with the agency’s Chief Strategic Advisor, Dan Searle, saying the facility was being established “so that nascent digital teams can learn from each other and share lessons learnt throughout the process of digital service delivery.”

“We’ll share our experiences through blogs, our communities of practice and regular catch-ups with agencies to report on our progress,” Mr Searle said.

The announcement of a delivery hub closely follows DTO outlining what will be in its initial program of work.

The bid to create a common space to help accelerate digital delivery across the government is an important diplomatic step for the DTO. For starters it will allow agencies to send key staff into a collaborative learning environment   rather than the deliberately small DTO trotting around multiple agencies and stakeholders to transfer skills and deliver knowledge.

The issue of effective and timely inter-agency knowledge transfer has historically bedevilled Australian public sector organisations, frequently creating siloed systems and architectures that are difficult and expensive to later integrate or unwind when policies or the machinery of government changes.

One of the biggest challenges for the DTO is creating a cohesive and consistent user front end and experience across government that is centred around the needs and expectations of customers as opposed to back end agency processes.

“We know that many agencies are improving their services individually, but we can still improve our approach to design and delivery overall, so it’s consistently focused on users, not built around government structures,” he said.

There’s also some notable and careful calibration and clarification of the DTO’s digital lexicon in what appears to be an effort to maintain consistency and a common language.

The agency is putting guard-rails around some of the key buzzwords it’s transplanted from the wider technology development community that often get mangled and over-used by tech suppliers and elected representatives.

The first buzzword sent to the adjectival overuse rehab unit is “start-up” – a term which even the DTO admits it may have binged on.

“Around the time the DTO was created, there was a lot of talk (including from us!) about how we’d operate like a start-up. But in fact we see the digital teams in the agencies we work with as the start-ups – they’re the ones that own the products and services, and are ultimately responsible for the users’ experience,” Mr Searle helpfully explains.

“Instead, we see ourselves as the incubator: providing momentum and helping to develop the environment (including the method, culture and the talent) that supports rapid service transformation.”

To be fair DTO’s chief Paul Shetler has from the outset described the role of the agency as an incubator rather than a start-up, even as some senior policymakers gave the Silicon Valley term a solid work out on the hustings.

The other mot à la mode getting some contextual grooming is ‘Agile’ which has cross-contaminated into mainstream business and marketing speak.

“While some agencies have experimented with agile methodologies, the focus for the DTO will be supporting agencies to make the transition in a way that helps to break down some of the traditional barriers and building multi-disciplinary teams to deliver, and deliver quickly,” Mr Searle said.

Deliver. Expect to hear a lot more of that word.

One thought on “DTO creates ‘delivery hub’ to accelerate product”