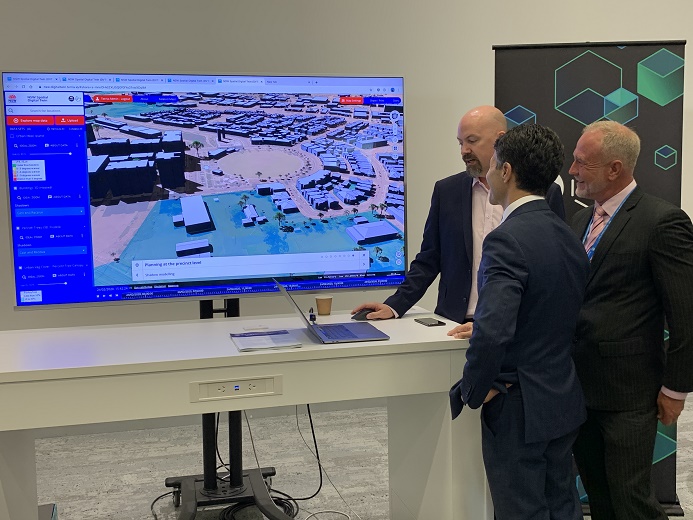 The NSW Spatial Digital Twin has been launched in Western Sydney and will eventually be rolled out across the state.

The NSW government says a new open platform ‘digital twin’ will improve the design, planning and operation of infrastructure, precincts and communities while breaking down government silos.

The tool, which provides real time information and visualisation of future planning scenarios, will also help councils and industy to collaborate and share data, Minister for Customer Service Victor Dominello said at its launch this week.

The NSW Spatial Digital Twin provides 3D and 4D digital spatial data and models of built and natural environments, both above ground and underground.

The tool was developed by the government’s Spatial Services division in partnership with CSIRO’s Data61.

“You couldn’t do this before. Before, we were anchored into the 20th century using paper,” he told reporters.

“Now we can use digital to see what today and tomorrow looks like.”

It will eventually be rolled out across the state.

“We will work with other councils to extend it right across NSW as time progresses,” Mr Dominello said.

Other states are currently using digital twins, but these are all closed platforms.

“The beauty of this is that we realise that it’s an asset for everyone in NSW – industries, residents, communities. They can all access it, and information is power,” Mr Dominello said.

The NSW Spatial Collaboration Portal, which sits alongside the digital twin, provides a platform for local, state and federal agencies to deliver datasets across the state.

Most government agencies are custodians of authoritative datasets that they use to make decisions, she said.

This tool will enable them to collaborate with each other and share that data more effectively, which will lead to better decisions.

“Instead of having their own data, they can easily pull in data from other local governments, the state government and the Australian government to make better decisions,” she told Government News.

Ms Truelove said the benefits of the platform being open is that it is available to everyone.

“Data is power. If you can understand the plans that are going on in your community, and you can look to the past and you can bring all that together, it’s just really powerful. “

Data61 is looking to use augmented reality to bring digital twins to life. In the future, construction workers and building inspectors could be wearing headsets to view a building’s digital twin.

The tool will continue to be developed in collaboration with local, state and federal government agencies and industry partners to expand its capacity beyond Western Sydney.

One thought on “‘Digital twin’ opens new horizons in planning”